Hydrogen-powered, zero-emission replacements for diesel gensets are the goal of Everywh2ere

The European Union has kicked off a five-year project that aims to create transportable, zero-emission replacements for the diesel generators widely used for backup and temporary power.

The Everywh2ere project has brought together twelve companies from across Europe, and given them five years and €7 million ($8.6m) to build eight “plug-and-play” gensets powered by proton exchange membrane (PEM) hydrogen fuel cells, to be used for portable, temporary power in urban environments. 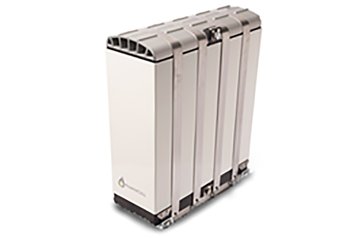 Prototypes will be tested at construction sites, music festivals and urban public events across Europe.

The first long-term applications are expected to be emergency and construction sites, mining and industrial sites and ships in harbor, but the potential for lowering emissions in data centers is obvious.

Volvo spinoff PowerCell Sweden will get €0.85m of the Everywh2ere funding, and says its products will be at the heart of the project:

“The systems are based on the PowerCell S2 and the PowerCell S3, and are developed for plug-and- play,” said Per Ekdunge, CTO at PowerCell. ”Two advantages of fuel cells are that they are quiet and that they don’t generate any emissions other than water.”