The EU Commission has published an amicus brief in relation to Microsoft’s quarrel with the US Department of Justice (DoJ), as the US authorities have taken on a federal appeal of the case, due to reach an outcome in June.

In 2014, the DoJ requested that Microsoft hand over emails stored on servers in its Irish data center, in the context of an inquiry into drug trafficking suspected to have been committed by an Irish resident. 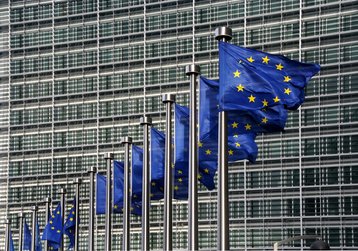 Not getting involved, but

The Commission maintained that the amicus brief would ”not be in support of either one of the parties.”

It stated that the case ”raises the question whether, under the US Stored Communications Act, US courts can require a US-based service provider to produce the contents of a customer’s email account stored on a server located outside the United States, in this case Ireland.”

An update of the Electronic Communications Privacy act, which would let multinational companies off the hook from being forced to hand over data stored anywhere outside of the US – as, under current federal laws, they are forced to do so within the country - has been put forward to the Senate Judiciary Committee and the House. The rules would apply unless an agreement is signed between the US government and that of the country where the data center is located.

On Wednesday, the DoJ filed an outline of the upcoming appeal, to settle the question of “whether a United States provider of email services must comply with a probable-cause-based warrant issued under 18 U.S.C. 2703 by making disclosure in the United States of electronic communications within that provider’s control, even if the provider has decided to store that material abroad,” which, if the DoJ is successful, could fundamentally transform US multinationals’ data storage policies.