And not just because of Russia

Estonia will be backing up its government data in Luxembourg’s first foreign ’data embassy’, storing copies of its most important records to protect them in case of outages, equipment failures or cyber attacks.

Last year, the country announced that it was considering the UK to host the virtual embassy, but uncertainty surrounding Brexit negotiations led it to turn to Luxembourg instead.

The launch was announced last week at an annual celebration held by Digital Lëtzebuerg (Luxembourg) - an initiative set out in 2014 to promote the country’s ICT sector and develop its international presence beyond the financial world - which was attended by both heads of state, Xavier Bettel and Jüri Ratas. 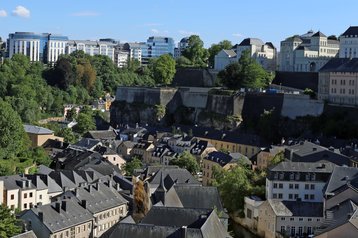 Peter Sodermans, senior advisor at Digital Lëtzebuerg, said that Estonia “is quite far ahead of other countries in terms of digitalization.”

The Estonian government started offering Internet-based public services in 1997,  and is now using digitally encrypted systems in most aspects of public life including taxation, voting and health services.

According to Sodermans, potential Russian invasion was merely a contributing factor in Estonia’s decision to use Luxembourg-based infrastructure to hold a copy of its official records abroad, despite suspicions that Russia may have launched multiple cyber attacks on neighboring Baltic states in recent years.

For one, he said, Luxembourg is “one of the safest countries in the world.”

The city-state’s tumultuous history saw it being passed between Spanish, German, French, Dutch, Austrian and Belgian rule before achieving independence (first in 1839, and again in 1944 when it was liberated from German occupation) and becoming one of the United Nations’ founding members in 1945. The country now acts as a host for NATO’s digital backup.

The data embassy will be exempt from taxation laws, as per legislation set out in the Vienna Convention of 1961.

Sodermans cited the ease with which regulations surrounding the data center industry had been modified in Luxembourg to keep up with the times, adding that bureaucratic red tape tends to slow such processes down in larger countries.

Jean-Claude Juncker’s successor, Prime Minister Xavier Bettel is also the Minister of State and the Minister for Communications and the Media (and Minister of Worship), meaning that he can consider policy changes without necessarily having to consult with other ministers.

The government’s ambitions with regards to the development of ICT in Luxembourg include the Estonian data embassy, and Sodermans stated that similar agreements with other countries are currently under discussion.

The Digital Lëtzebuerg initiative is also hoping to take the lead in the adoption of Blockchain currencies, instilling a higher level of confidence by certifying the system on a node-by-node basis, creating a blockchain-as-a-service platform, as well as developing applications compliant with upcoming GDPR regulations.

In the future, the country wishes to become the testbed for 5G technologies and connected cars, which, amongst others, would rely on LuxConnect infrastructure. LuxConnect is a government-funded, privately operated data center and networking company with four facilities - ranging from Tier II to Tier IV - in Bettembourg and Bissen, with a maximum capacity of 35.2 MVA, spanning 14,700 sq m (158,230 sq ft) of technical space.

The Digital Lëtzebuerg initiative aims to democratize the use of HPC, enabling SMEs to access this type of infrastructure (as opposed to the current “very specific research projects”) by launching an HPC competency center, which would see workloads relating to subjects like DNA sequencing and space mining.