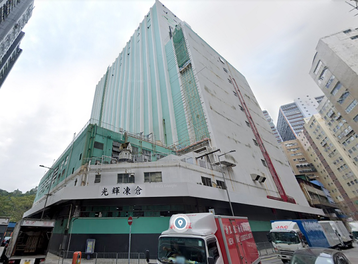 The brownfield site is a 15-story building occupying a 3,214 sqm plot. The development would see seven floors of data halls installed, while the remaining floors would contain a mixture of office, E&M, generator, cooling, and water treatment spaces. The renovation would add around 2,450 sqm of space to the ground and lower ground floor, taking the total floorspace to around 32,700 sqm.

ESR acquired the building in May, saying it planned to convert a newly-bought asset into a 40MW data center. The company reportedly bought the facility from the family of the late local tycoon Tang Shing Bor for $230.8 million.

Despite being headquartered there, the move represented ESR’s first acquisition in Hong Kong.

“This is a major strategic move for ESR as it represents our first acquisition in Hong Kong and further establishes our data center franchise,” Jeffrey Shen and Stuart Gibson, ESR co-founders and co-CEOs said at the time.

Earlier this month ESR shareholders approved the $5.2 billion acquisition of ARA Asset Management. ARA has a data center footprint through its LOGOS Group subsidiary, which recently partnered with Pure Data Centres for a 20MW facility in Indonesia.