Equinix reported revenue of $1.262bn for the second quarter of 2018, a four percent increase on the first quarter and an 18 percent increase year-on year. The results mark the company’s 62nd straight quarter of revenue growth, having passed the $1bn revenue mark a year ago.

The retail colocation and interconnection provider’s net income totaled $68m in Q2 2018; including acquisition costs of $30m and $19m spent on debt extinguishment, which the company mostly attributes to its $800m purchase of Infomart Dallas.

And so it goes 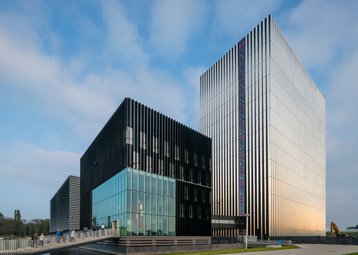 For the past three years, Equinix has pursued an aggressive M&A strategy, which saw it acquire Metronode and Verizon’s sizeable data center portfolio - significantly growing its Australian footprint and increasing its already large presence in the US. Today, the company operates 200 International Business Exchange (IBX) data centers across four continents.

In the past quarter, Equinix expaded its campuses in Amsterdam, Denver and London, and it says it has 32 more expansion projects in the works, including its first data center in Oman.

In a recent interview with DCD, the company’s EMEA president Eric Schwartz said Equinix planned on spending $10bn on “expansions, growth and development” over the next five years, on top of any mergers and acquisitions.

Signaling that the company is prepared for growth in cloud computing and hybrid IT, for the past quarter its interconnection service sales rose at a higher rate than colocation sales.

Equinix has made interconnection a core segment of its business, illustrated by the acquisition of Infomart Dallas carrier hotel, but also by the recent introduction of its Cloud Exchange Fabric service, which allows customers to connect to multiple clouds in multiple regions from a single point of access.

This doesn’t mean the company’s colocation business isn’t thriving: in the first quarter of this year, according to Synergy Research Group, Equinix controlled 13 percent of the global colocation market. It was rivalled only by Digital Realty, who held around eight percent of the market, and NTT, who was responsible for six percent of overall sales.

Equinix expects third quarter growth to slow down to a single percent, and predicts a 16 percent revenue increase year-on-year for the whole of 2018.