Equinix is continuing to grow and has announced that it will expand capacity over the next few quarters by pushing out its existing facilities and building extra data centers. In all, the company has 16 expansion projects underway and plans for four new facilities, according to Steve Smith, Equinix president and CEO.

The company chose its 2016 Q1 earnings conference call to reveal details of its main expansion plans that will ensure capacity continues to increase to accommodate its clients demands. After a successful period, its Internetwork Business Exchange (IBX) centers have filled up to over 80 percent occupancy. 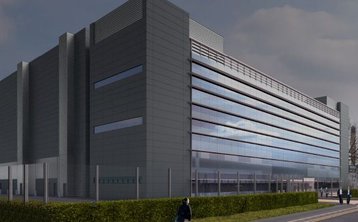 During the call, Smith said that peak traffic was growing by 30 percent, year on year, and that the company was benefiting from “strong secular trends” which are driving companies to become increasingly interconnected.

“Almost all of the enterprises we talk to today are moving some portion of their applications to the hybrid cloud, multicloud, etc. Most of the analysts data points suggest enterprises that are taking advantage of cloud offerings are in the high teens today and move to 50-60 percent of workloads over the coming four years,” he said.

To harness these opportunities New York (NY5) will add 1,200 sellable cabinet equivalents (2.5 sq m per cabinet) with the commencement of a second phase of expansion. Japanese expansion is capped at the moment following the acquisition of Bit-isle last December.

“The Bit-isle acquisition will delay the need for future expansion in Japan for some time period,” said Equinix’s CFO Keith Taylor. “Yet there’s other markets where we’re now going to do first phase builds. Silicon Valley is a perfect example and there’s São Paulo as well and Sydney 4.”

In San Jose, California, the Silicon Valley demand is being accommodated with the building of SV10 on land purchased adjacent to Equinix’s existing Great Oaks campus. This will add more than 2,600 cabinets when fully deployed.

In São Paulo, Brazil, a slightly larger facility SP3 will be created to provide approximately 2,775 cabinets and the Sydney SY4 build will contain 3,000 cabinets opened in two 1,500 cabinet phases.

As far as the UK is concerned, Taylor said Brexit, the UK’s referendum on its future position in Europe, is causing unrest: “There’s some level of uncertainty that’s been generated with the Brexit – nothing meaningful that would suggest a slowdown. It’s too soon to say.”

At the moment there is a second phase of 1,385 cabinets due to open in Q3 at London LD6, Equinix’s most recent facility in the UK, plus two data centers inherited with the purchase of Telecity.