The £90 ($120) million data center is located on the company’s Slough campus just outside of London and promises latency of around 30 milliseconds to New York and 4 milliseconds to Frankfurt. 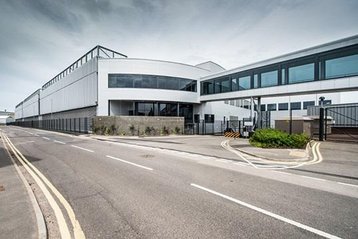 LD7 offers space for 1,750 cabinets, going up to 2,650 cabinets at full build. The site uses a chilled water cooling system, in combination with adiabatic pre-cooling, and is built to LEED Gold standard.

Slough is a town on the outskirts of London that hosts more data centers than any other region in the UK and is served by no fewer than 90 network providers.

Russell Poole, managing director Equinix UK, said: “London has maintained its position as one of the most important connection points in the world, despite the ongoing Brexit negotiations, and this new data center will be a welcome addition to our burgeoning London Slough campus, whilst also supporting the rollout of 5G in the UK.”

When the data center was announced in November last year, UK Prime Minister Theresa May said: “Equinix’s investment reflects the growing demand for digital financial services in the City of London, and is a vote of confidence in its future as the world’s premier financial hub. This is exactly where we want to be heading.”