Equinix has completed the acquisition of a data center in Paris formerly owned by Digital Realty, taking up an option included in the contract that saw the former sell eight facilities to the latter in May.

Equinix has paid €189,750,000 ($212 million) to buy the property, adding it to the pair of International Business Exchange (IBX) data centers it already operates in Paris at rue Ambroise Croizat. 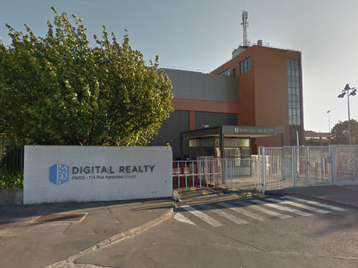 The site that has changed ownership currently hosts Equinix’s PA2 and PA3 IBX data centers. Adding the new facility contributes an extra 1,000 cabinets to the 5,000 the company has in PA2 and PA3.

St. Denis is a dense interconnection hub and houses a core node of the Equinix Internet Exchange, which is among the main traffic exchanges in France.

The option to acquire the site was included by Digital Realty in its purchase agreement for eight Equinix sites, a deal which was confirmed in May.

Equinix was required to sell some of its estate in order to merge with Telecity Group, a move stipulated by the European Commission under the EU’s fair competition rules. The merger added 34 new data centers to Equinix’s list.

The company now operates 146 IBX data centers in 40 markets, seven of which are in Paris.

Steve Smith, president and chief executive of Equinix, said: “As one of the largest economies in Europe, France continues to be a strong destination for local French businesses, as well as multinationals.

“We believe that by fully owning the site of our PA2 and PA3 facilities and the surrounding land, we will be able to ensure additional capacity and the ability to interconnect more networks, clouds, people and data, as customers require in the future.”