Is it boosting Edge services, or swallowing a challenger?

Colocation and connectivity firm Equinix is buying Packet, a bare network cloud provider, which operates from data centers including Equinix's own, and is also developing an Edge computing business.

Neither Packet nor Equinix have said how much was paid (though Packet has been previously valued at $100 million). What Equinix will do with the company is also not entirely clear yet, as Packet is simultaneously an Equinix customer, while selling potentially competing bare metal services from Equinix's colocation spaces.

Packet's Edge business includes plans to build a network of data centers at cell towers along with Vapor IO. Packet CEO Zac Smith wrote an account of building such a data center for DCD.

Entrance not an exit 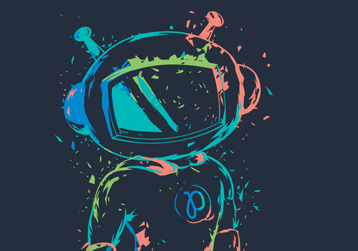 "While most people describe an acquisition as an exit, in this case, I can’t help but to see it as an entrance," said Smith today in a blog post (overloaded at press time). "Packet will continue operating as before: same team, same platform, same vision."

Previously, a page on Packet's site (cached here) positioned the company as offering an improvement over Equinix's services: "We don't actually compete with colocation rockstars like Equinix. In fact, we're big fans (and customers)! But ...we might be able to save you all the pain, while helping you get all the gain." After listing features it offers and Equinix doesn't ("provisioning and firmware updates, network configuration and advanced DevOps integrations) it concludes: "Sounds better than just straight colo, eh?"

In today's blog, Smith implies that Equinix will follow through on Packet's plans to open new public cloud locations, add a third generation of hardware, including the latest AMD and Intel technologies, and improve features such as provisioning speed, single sign on and support for VMware and hybrid cloud.

Equinix's press release echoes Smith's claim that Packet improves on the basic Equinix offer, while positioning Packet as an Edge service. The announcement says the acquisition will "help enterprises to extract greater value from the [Equinix] platform's rich ecosystems and global interconnection fabric. By leveraging bare metal services at Equinix to deploy digital infrastructure on demand, customers will be better equipped to reach everywhere, interconnect everyone and integrate everything that matters to their business."

The Equinix release says that businesses need multicloud and Edge, and that bare metal allows this infrastructure to be deployed on demand, "without the use of virtualization or multitenancy". Owning Packet will let Equinix deploy new on-demand options, so customers can build low-latency edge services that combine their own physical resources with cloud.

Equinix says the Packet acquisition should close during the first quarter of fiscal year 2020. DCD has contacted both for more details, but Equinix has declined to say how much the acquisition is costing.

In response to DCD's questions, Equinix declined to give any information about the price paid for Packet, and said "bare metal provides another alternative in addition to colocation for our customers," which would "facilitate the consumption of our core products and provide sources of value to our ecosystems".and would not affect Packet's existing customers.

"The acquisition will not impact services for Packet’s existing customers," said the Equinix statement. "Over time, Equinix will offer incremental product functionality, geographic reach and new services to existing Packet and Equinix customers as well as to the broader market. These details will be properly communicated to Packet and Equinix customers as they become available."

Existing Packet partner Cole Crawford of Vapor IO commented: "Zac and team have done a great job building a foundation for automating bare metal," commented "Equinix will be able to leverage that foundation for a managed multi-cloud offering at scale. We look forward to continuing to support their deployments on the Kinetic Edge."