Laser Light’s  All Optical Hybrid Global Network aims to provide Optical Satellite as a Service (OSaaS) services to carriers, enterprises and government customers at Equinix facilities. It will be able to connect to points around the globe with 100Gbps service links.

In space no one can hear you stream 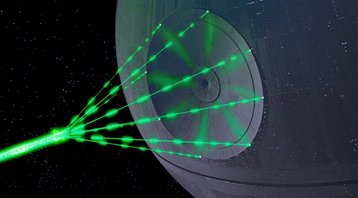 The satellite company will establish its first Point of Presence (PoP) at Equinix’s DC11 International Business Exchange data center in Washington, DC. Once there, it will test and demonstrate its technology, ahead of a planned further expansion, to Equinix facilities including those in the UK, Japan, Brazil, Australia, the Middle East, and across Europe.

“A partnership with Equinix permits Laser Light to become a truly tier 1 global carrier with access to facilities, and incumbent local fiber providers, in a ‘one stop shop’ partnership,” Robert Brumley, CEO of Laser Light, said.

“Also, Equinix’s mix of enterprise, global carriers, and government customers, permits Laser Light to be present in the marketplace for high volume data services in the key regional markets around the globe.

He continued: “We are excited that Equinix and Laser Light have formed this partnership in this stage of our development to draw on their extensive experience as a global facilities provider, and cooperate with us in our deployment of a unique, SDN global network.”

Ihab Tarazi, Equinix CTO added: “We are excited to work with Laser Light as the interconnection provider for this cutting-edge satellite technology that greatly increases access to many parts of the world that are underserved by current fiber and wireless networks.

“By adding ‘SpaceCable’ as an equivalent offering together with terrestrial and submarine cables, Equinix customers looking for low latency solutions to reach new or emerging markets will have access to a full suite of data transport options.”

In this month’s DatacenterDynamics magazine, Tarazi teased upcoming satellite announcements. In our feature on the future of submarine fiber cables, he said:  “These satellites put in now can use new coherent advanced optics – the same ones they use underwater – and with that you’re going to be able to squeeze a lot more capacity into satellites, so we see satellite distribution as a second option for places that you cannot get to so easily with cable.

“But fiber will always be number one in its capacity, and satellites will be filling in the gaps in places that will be hard to get to.”