Equinix has signed a power purchase agreement (PPA) for 105MW of new solar power, enough to cover all its data centers in California.

The deal, with renewable energy giant SunEdison, will cover a new solar project, with a capacity equivalent to the needs of all Equinix’s 11 California fracilities in the Los Angeles and Silicon Valley metro areas, as well as its Redwood City, California global headquarters.

According to Equinix, this means its data centers will now get 43 per cent of their energy from clean, renewable sources - up from 30 per cent.

Construction will begin this year on the Mount Signal Solar II project, to be located in the territory of San Diego Gas & Electric near Calexico, California, and just north of the United States-Mexico border. It should achieve commercial operation in the second half of 2016. 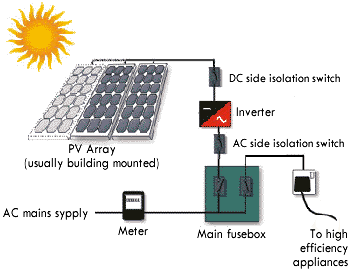 The project is expected to generate 300,000 MWh per year to offset Equinix’s electrical consumption, effectively reducing Equinix’ carbon footprint by over 180 million lbs of CO2 annually - the equivalent of taking 18,000 passenger cars off of US roads each year. Equinix will also receive Green-e certified renewable energy certificates from SunEdison to bridge the approximately 12 months from contract execution to project completion.

Karl Strohmeyer, president, Equinix Americas: said “Equinix’s purpose is to power the digital economy and we believe that it is important to do this in an environmentally sustainable way. This PPA is a major milestone in achieving our long-term goal of reaching 100 percent renewable power and it solidifies Equinix’s position as a global data center leader in sustainability.”

This is the latest step towards a commitment Equinix made earlier this year, that it would ultimately use 100 percent clean and renewable energy in its entire global footprint of 105 data centers located in 33 markets. Recently Equinix deployed a 342 kW PV solar system at its SG3 data center in Singapore and is in the process of installing a 1MW biogas-powered fuel cell system at its Silicon Valley(SV5) data center.

Paul Gaynor, executive vice president, SunEdison EMEA and Americas said: “The Mount Signal Solar project is another demonstration of SunEdison’s ability to deliver cost effective renewable energy. Smart companies like Equinix know they can rely on SunEdison to help them save money, meet their sustainability goals, and create valuable jobs in the local community.”

Equinix also announced today that it has signed on to the World Resources Institute (WRI) and World Wildlife Fund (WWF) Corporate Renewable Energy Buyers’ Principles, which are used to advocate for easier access to, cost competitiveness of, and increased grid use of renewable energy sources.