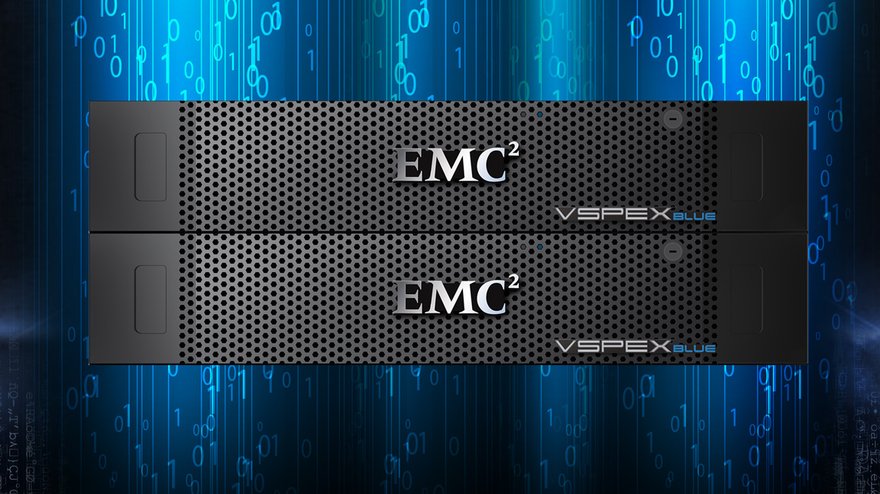 Like other EVO:RAIL implementations, VSPEX BLUE consists of 2U, 4-node ‘building blocks’ that include compute, storage, networking and all the software packages needed to spin up some virtual machines. There are already eight hardware vendors with EVO:RAIL products, so EMC might be considered late to the party, especially considering that the company actually owns VMware, the ultimate source of the hardware spec. EMC counterse that it may be late, but it has added some good software.

“The reason why we’re slightly later to the party than most, is our plan is to take our enterprise software suites and make them available through EVO:RAIL,” Sean Horne, EMC’s CTO for UK and Ireland told DatacenterDynamics.

HP, IBM and Dell are just some of the infrastructure vendors who have already launched products based on EVO:RAIL- all of them also adding their own software to the hardware spec.

Although VMware is a software firm, its EVO:RAIL project is a hardware definition designed to simplify deployment and management of virtual machines, by making them all the same. Every appliance sold under the brand ships with VMware Virtual SAN, vCenter Log Insight, vSphere Enterprise Plus, vCenter Server, and the EVO:RAIL management engine.

The platform enables system administrators to set up the hardware and be provisioning VMs within 15 minutes, and is being positioned as the perfect replacement for legacy infrastructure. VSPEX BLUE takes all of these features, and adds some of its own.

For example, a virtual version of EMC’s RecoverPoint - a product which previously required a dedicated appliance – offers advanced disaster recovery functionality such as continuous synchronous and asynchronous replication.

“It allows customers to have variable recovery point and recovery time objectives, align them with a business case. Instead of replicating everything at the same time, you can do multiple different types of applications and services,” explained Horne.

Another example of added functionality is CloudArray, based on technology EMC received with the acquisition of TwinStrata in 2014. This ‘cloud storage gateway’ helps extend on-premise storage infrastructure into the public cloud, or even multiple clouds.

“What that’s going to enable a customer to do is, through the same operating system, be able to see cloud storage as if it’s local storage,” said Horne. “Anybody with an object store, it’s compatible with.”

Additional pre-validated software from EMC and its partners can be downloaded from the VSPEX BLUE Market.

On the hardware side, VSPEX BLUE features dual-core Intel Ivy Bridge CPUs, 128GB or 192GB of RAM and a mix of solid state and traditional hard drives, as specified by VMware.

“The engineering department is very good when something’s broken. But if it’s a performance issue, or a connectivity issue – the customer would have deployed it in their environment in a very unique way, but chances are there are other customers who have done exactly the same thing,” said Horne.