EMC and VMware back Open Platform for NFV

Infrastructure giant EMC and its subsidiary VMware have joined the Open Platform for NFV (OPNFV) - a collaborative project run by the Linux Foundation to advance the state of Network Function Virtualization.

EMC will support OPNFV as a platinum sponsor – which means it will have to contribute both cash and developers in return for a seat on the board.

“Open collaboration allows for a range of perspectives and opinions to be heard and debated via code,” said Heather Kirksey, director of OPNFV. “We’re seeing industry leaders unite around OPNFV as the place to have those debates and the result will be a stronger platform for all.” 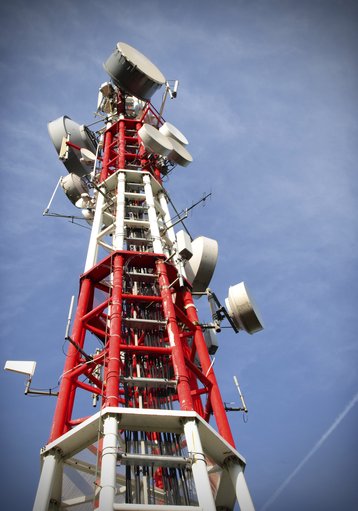 A mobile base station – Thinkstock / Venturecx

NFV aims to replace expensive, specialized hardware with commodity servers that can serve the same functions through software, doing to telecommunications what Software-Defined Networking (SDN) has done to traditional IT.

NFV infrastructure should be cheaper and easier to configure. It could increase speed-to-market for new services and enable operators to locate their network infrastructure at the data center of their choice. But despite the apparent benefits, this approach is yet to find mainstream adoption.

OPNFV was established last year with the aim of creating an open source reference platform, orchestration layer and APIs for NFV that would benefit the industry at large.

EMC and VMware will join this extensive list, contributing their expertise in network management and virtualization. EMC will support OPNFV as a platinum member, which means it will pay in $200,000 annually for at least two years, and donate a minimum of two full-time developers.

VMware’s contribution will be more modest – as a silver member, it will pay in between $25,000 and $50,000, without the requirement to provide developers.

“EMC is pleased to be part of OPNFV and to support its mission to use open source in order to accelerate the evolution of NFV for the unique needs of the telecom industry during this time of massive change,” said David Hudson, senior director of the Communication Service Provider Group at EMC.

“Today EMC provides unique capabilities that enable carriers to optimize operations and monetize real-time data. Through our participation in OPNFV, we’re committed to innovating for the future as we work closely with EMC’s federation of businesses to build an NFV platform with differentiation at all levels of the stack.”

As part of the arrangement Paul To, EMC’s director of Cloud and NFV, will join OPNFV’s board of directors as well as its Technical Steering Committee.

Earlier this month at EMC World conference in Las Vegas, the company spoke at length about its drive towards ‘open’ technologies – an unusual sentiment for a vendor that built its fortunes on proprietary hardware.

At the same event, EMC released an open source version of its ViPR storage controller, dubbed ‘CopprHD’ – its first ever open source contribution based on a commercial product.