One of six upcoming hyperscale facilities

The recently established infrastructure consortium EdgeCore Internet Real Estate is planning to build one of its six upcoming data centers in Richardson, Texas.

According to a planning permission unearthed by Dallas News, the campus will be set on 33 acres of land at the northeast corner of Shiloh Road and Research Drive.

EdgeCore was officially launched in February, aiming to create a portfolio of US data centers worth $2 billion. 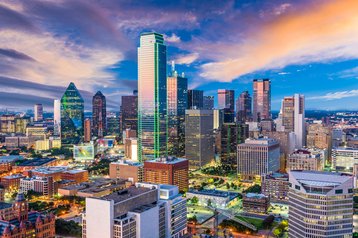 EdgeCore is a partnership between Mount Elbert of Colorado, Singapore’s foreign reserve investment firm GIC, and Canadian pension funds manager OPTrust. It was launched with $800 million in equity, planning to spend the money on six major facilities – in Texas, Arizona, Nevada and another three yet unspecified locations.

The consortium is aiming for a maximum power capacity ranging between 100MW and 200MW at each site. It has already acquired land in Mesa, and is in the process of purchasing property somewhere near Reno.

Now, it has emerged that the campus in Texas will be located in Richardson, a suburb of Dallas that already hosts several major data center projects. Mount Elbert Capital Partners is seeking zoning for the data center.

According to CBRE, the Dallas-Fort Worth metro area saw 22MW of net colocation uptake in the first half of 2017, bringing its vacancy rate down to 16.8 percent. Of the ten projects totaling 46.7MW in the works, most were said to have been taken to the first stages of construction on a speculative basis.

The region’s hyperscale uptake gained traction with new custom in CyrusOne and Digital Realty facilities, and major deals between DataBank and Stream Data Centers, as well as QTS and the Health Care Service Corporation.