Company partners with Starwood Capital for $250m facility in Buckinghamshire

The company this week announced a $250 million agreement with an affiliate of Starwood Capital Group to jointly acquire and construct LCY20; a 30MW data center in Chesham, Buckinghamshire. The two-story facility will reportedly consist of six data halls totaling around 9,000 sqm (97,000 sq ft). The company said the site will be delivered by late 2022. 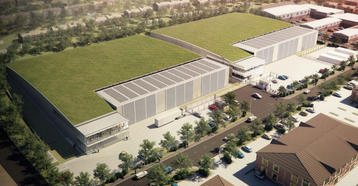 Launched in 2019, the company currently has six other facilities under development in Ireland and the UK with a potential combined capacity of around 500MW. The DUB10 site in Clondalkin, Dublin, will be its first available Irish facility and is due to open later this year in Q4.

Last year the data center company signed an agreement with SSE Renewables to colocate a substation on its DUB20 (Arklow) site to draw power from Ireland’s largest offshore wind farm and power both the national grid and the data center.

Echelon says it also has planning permission for a 100MVA for an on-site 100MW gas-powered energy center at its DUB10 (Clondalkin) facility, which will provide backup power to the data center and export to the national grid.