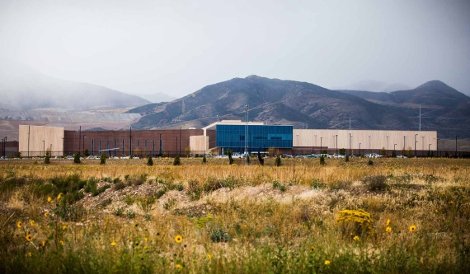 In addition to using natural gas as the fuel for its primary source of energy, eBay's new data center in Utah will also use energy generated by a plant that will convert waste heat from the pipeline that delivers gas to the facility.

The company held an official opening ceremony for the second data center at its Salt Lake City site Thursday. The data center is powered primarily by the gas-powered fuel-cell-based Bloom Energy Servers and includes data center modules by both Dell and HP.

The 5MW waste-heat recovery plant is being developed by a company called Ormat. Once the plant is complete – eBay expects that to happen about 18 months from now – the company will have reached its previously announced goal of getting at least 8% of its energy from “cleaner” sources by 2015.

Heat for the Ormat plant is generated 22 miles away from the data center site by a compressor station that pumps natural gas through the pipeline, Dean Nelson, VP of global foundation services at eBay, said during a presentation at Thursday's opening event.

According to Nelson, the company was only able to do a deal like the Ormat one because of its lobbying efforts with state government officials to change some of the utility regulations.

Most states in the country preclude non-utility companies from feeding electricity directly from a generation plant to a site where it gets consumed, forcing energy users instead to get power from the grid. Google, for example, has to sell energy generated by wind farms it invests in around the country on the wholesale market and then buy grid energy to power its data centers.

eBay's work with Utah officials resulted in passage of a bill that enabled it to feed energy from the future Ormat plant directly to its data center site. “That wouldn't have been possible without the bill itself,” Nelson said.

Conversation with the regulators started rather simply, according to him: “We need 10MW of power. How can we get it? There aren't options in the state”

In addition to regular aisles of IT racks, eBay has chosen to deploy data center modules by Dell and HP. These are container-like boxes stuffed with IT equipment and all the supporting electrical and mechanical infrastructure.

The company took the same approach at its Project Mercury data center in Phoenix, Utah, launched last year. Energy efficiency of the modules and their power density have contributed in a big way to the data center's PUE (Power Usage Effectiveness).

Nelson said the new Utah facility was designed for PUE 1.2.

“What I love is every time we land a Dell or an HP container in our infrastructure, our PUE gets better because their PUEs are insanely efficient,” he said. “It's 1.0, or something.”

Nelson also commented on eBay's choice to buy hardware from HP and Dell versus going to original design manufacturers (ODMs) as other big Internet companies, such as Google and Facebook, do. He said the company weighed both options and the traditional server vendors simply offered a better deal.

“Partnering with a Dell or an HP … has really fine tuned the infrastructure we're delivering,” he said. “For our choices of hardware, they're ahead of the game.”