EWP and PT Pertamina EP (PEP) will carry out a feasibility study for the potential deployment of modular high performance computing (HPC) data centers at PEP’s on-shore facilities in Indonesia. The idea is to provide an economic use for natural gas which would otherwise be wastefully burnt off. 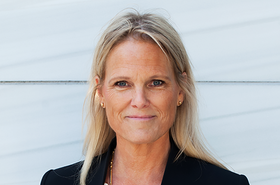 The Earth Wind & Power CEO who's flaring for the world

EWP, a specialist based in Norway, offers modular data centers designed by Germany's Cloud&Heat, which can use excess energy including gas flares at oil wells, but also potentially excess energy captured by wind and solar farms, which cannot be used locally.

The modular data centers can be deployed quickly at a site with excess energy, and carry out HPC calculations there, delivering results over network connections. Although some capacity will be used for cryptocurrency mining other HPC applications will also be used in EWP deployments, EWP CEO Ingvil Smines told DCD last year: “It depends on the site. What kind of interconnections are there? Are they high bandwidth, with a consistent power supply? It’s the circumstances that determine what’s possible.”

The company labels its flare-powered systems as an ESG (environmentally beneficial) solution, as burning natural gas converts methane into CO2 which has a lower global warming (but a much longer lifetime in the atmosphere). The process also provides revenue for the oil company, allowing it to fund the exploitation of more reserves or to continue extracting oil instead of halting production.

In their release EWP and PEP say they have "a positive market outlook for the demand for power for data storage and processing services" and both have "a commitment to contributing positively to a reduction in GHG emissions during the global energy transition."

PT Pertamina is Indonesia's largest company, though small compared with other international oil exploitation firms. In recent years it has faced long-running problems with oil leaks at its YYA -1 wells, caused by natural gas leaks and an explosion.

The company is attempting to diversify by developing renewable energy, which is at one percent in Indonesia, and projected to rise to 17 percent by 2030, according to an August 2021 release by PT Pertamina. One of the company's main drives is to generate geothermal capacity, which was at 1.9GW in 2020, which the company hopes to build up to 2.7GW by 2030. To help use the geothermal energy, the company is planning to build green hydrogen (electrolysis) plants. Indonesia's total generating capacity in 2020 was 10.5GW.