Sabbagh is a former CEO of SES

Global space start-up E-Space has announced the appointment of Karim Michel Sabbagh as its new managing director for Europe and the Middle East.

An industry veteran, Sabbagh will report to E-Space Founder and CEO Greg Wyler. 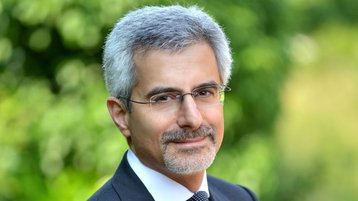 Sabbagh will be responsible for overseeing the company's European and Middle East business strategy and operations, while also providing support to the regional corporate development, technical, and manufacturing team activities.

He will also oversee any interactions with commercial, government, and defense organizations, plus other key stakeholders in the region.

Sabbagh boasts considerable experience within the space industry, as he was the former president and CEO of SES, chairman of SES ASTRA, and a member of the Board of Directors of O3b Networks before its acquisition by SES.

He left the company after four years in April 2018 to lead Abu Dhabi-based cybersecurity company DarkMatter.

“I have known Karim since working with SES when he had the foresight to see how NGSO systems were going to change the industry. Not only does he have an impressive track record of accomplishments from leading major space organizations to building global teams, but he has the right experience, credibility, and energy to immediately step into this role and make an impact," said E-Space's Wyler, who previously founded both O3b Networks and OneWeb.

E-Space is aiming to provide the 'world’s most sustainable' low Earth orbit (LEO) network, with the company targeting the launch of up to 100,000 satellites.

Sappagh said: "The company’s goals are bold, and their focus is directed on enabling an entirely new class of ubiquitous, real-time communications and Internet of Things services to support everything from basic messaging up to advanced voice, video, and data communications.

"Having worked with Greg in the past, I’m energized and motivated to help make E-Space a success story within the larger global space and communications communities.”

Earlier this year E-Space raised $50 million for its planned satellite constellation. The company says it will use a ‘novel peer-to-peer satellite communication’ method and dedicated constellations will ensure sovereignty and ‘eliminate exposure to foreign entities’. The investment round was led by Prime Movers Lab.