The death of print proves a positive for data centers

Bought for CAD$54.25 million (USD$40.5m), the building will be used as DFT’s first data center in the Greater Toronto Area, with an expected 23 computer rooms, and a critical load of up to 46MW. 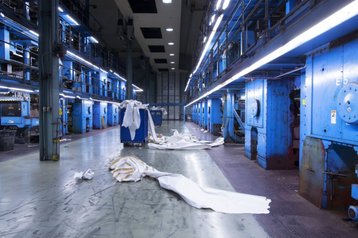 The company plans to start service in the third quarter of 2017, with the first phase of TOR1 totaling 12 computer rooms with around 125,000 sq ft of computer room space with a critical load of up to 24 MW.

“We look forward to expanding our business into the Toronto market. We believe that there is robust demand for first-class data center services in Toronto, Christopher Eldredge, President and CEO, said.

“As we have discussed previously, entry into this market is a key aspect of our strategic plan. Now that the purchase is complete, our pre-leasing efforts will target both existing and new customers who may need our premier wholesale data center services in Toronto.”

DFT, whose two largest clients are Microsoft and Facebook, revealed plans for a major investment in Toronto late last year.

Its move to buy a former printing facility is not without precedent, with QTS earlier this year acquiring the former Chicago Sun-Times printing plant as the buildings were already designed with housing heavy machinery in mind.