With its latest decision to expand into Toronto, Canada, DuPont Fabros looks as if it intends to stick with its well-worn but successful growth strategy of big thinking linked to big building of massive data centers which it can then lease wholesale.

According to a report which details an analyst day the company ran recently, DuPont Fabros set out a five-year-plan which ithe company is determined will grow revenues in the double-digit area between now and 2020. And one of the regions to help acheive this large-scale planned growth is Canada.

This is an ambitious plan given the sluggish 6 percent growth DuPont Fabros managed to record this year. 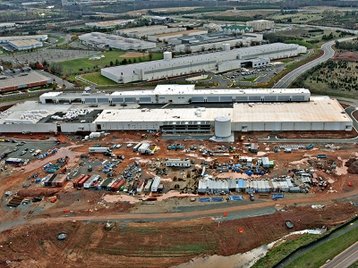 Build them big and build them wholesale

The plan to expand into the Canadian market was revealed at a meeting with financial analysts where its executive leadership explained they were already negotiating a land purchase in Toronto. This was a top priority for the company in the next five years. Construction of the new mega data center in Toronto is expected to begin in early 2016. It will be online in early 2018.

The company is also now offering both triple-net and full-service leases instead of restricting customers to the latter. It will be concentrating on its wholesale data center sales model. It is understood that the land for the Toronto facility has been bought and that work has already begun on the design elements.

The company has an impressive roster of customers which include Facebook, Microsoft, Drop Box, Symantec and UBS

The company carried out wide and extensive research into which North American markets could take more data centers and came to the opinion that Canada needed more competition however, unlike Dallas, which was saturated with competitors, Toronto had very few providers so looked more inviting. The only other major North American competitor currently active in the Canadian market is Digital Realty Trust which, despite its presence, hasn’t really sold much in the time it has been present.