Give up some of your fiber, judge rules

The US Department of Justice has approved CenturyLink’s purchase of Level 3 Communications, on the condition that the former sells some of its metro network and dark fiber assets.

Even if CenturyLink agrees to divest the assets, the acquisition will still need to be approved by the Federal Communications Commission and the California Public Utilities Commission, something CenturyLink believes should happen by the third quarter of 2017. 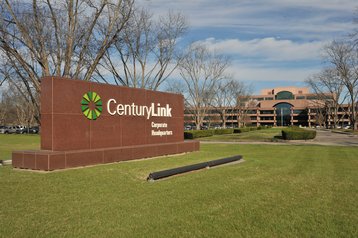 The company must also offer leased access to 24 strands of dark fiber connecting 30 city-pairs across the US.

Assistant Attorney General Makan Delrahim, head of the DoJ’s antitrust division, said: “These divestitures will ensure that consumers of such services in the affected metropolitan areas and consumers of dark fiber between the city pairs in question will continue to enjoy the benefits of competition.”

The department filed a lawsuit in the District of Columbia blocking the acquisition, but included the proposed settlement that would allow it to continue. The $34 billion deal has already been approved by more than 20 states and territories.

“We are pleased that the Department of Justice has conditionally cleared CenturyLink’s acquisition of Level 3. It is an important milestone in our overall approval process,” CenturyLink SVP for public policy and government relations John F. Jones said.

“We anticipate court approval of our agreed resolution with the Department of Justice as early as this week. We are focused on meeting our targeted transaction closing timeframe of mid-to-late October.”

Earlier this year, CenturyLink completed the sale of all 57 of its data centers to a consortium led by BC Partners and including Medina Capital Advisors and Longview Asset Management.

The company retains a 10 percent stake in the new venture, named Cyxtera Technologies.