Argonne National Laboratories is part of a $61 million Department of Energy project which hopes to create a 'quantum Internet'. 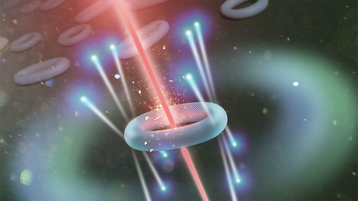 Quantum Internet needs to be interoperable

​“Harnessing the quantum world will create new forms of computers and accelerate our ability to process information and tackle complex problems like climate change,” said US Secretary of Energy Jennifer M. Granholm. ​“DOE and our labs across the country are leading the way on this critical research that will strengthen our global competitiveness and help corner the markets of these growing industries that will deliver the solutions of the future.”

At Argonne, the money will go to three projects, while two are aimed at creating improved communications and storage using quantum effects, the third aims to link up multiple quantum systems by providing interoperability between quantum networking systems.

Quantum communications can potentially operate at very low energy and latency by using tiny "quantum emitters" which produce a single particle of light at a time for signaling. These emitters are unbelievably small, even as small as a single atom, and Argonne’s Center for Nanoscale Materials (CNM), aims to take the first steps towards harnessing them, the QuEEN-M (Quantum Emitter Electron Nanomaterial Microscope) project, which will develop a microscope that can expose nanoscopic emitters’ characteristics, so they can be harnessed in quantum networks.

“It is an honor for our team to receive this award, which recognizes that basic science is an indispensable base for building meaningful, practical technologies,” said QuEEN-M lead scientist Jianguo Wen. ​“We expect that QuEEN-M will enable high-impact science not only in QIS, but in other areas as well.”

The second project looks at storage, which can potentially be made much denser using the spin of individual particles to store information. The spins of particles are associated with a crystal’s innermost defects, but because they are so deeply embedded, it is difficult to access and manipulate them. The AQuISS (Atomic Quantum Information Surface Science) Lab wants to bring the defects to the surface of the crystal where they can be used more effectively in storage.

“The intersection of nanoscience, surface science, and quantum information science provides a challenging but powerful frontier for fundamental studies and the development of next-generation quantum technologies,” said AQuISS project leader Jeffrey Guest. ​“We are grateful for the award, which will give us the opportunity to build up instrumentation and experiments targeted for the exploration and development of surfaces for quantum information science. The more we can explore and understand the nature of quantum information at surfaces, the more we can take advantage of the unique benefits of surfaces and nanoscale science to advance this field.”

The final project will look at developing a new Internet protocol for an emerging quantum internet. If Internet networks using the other technologies under development are to emerge and be successful, then they must be linked over optical fiber across cities and beyond, eventually leading to a quantum internet, beyond the abilities of today's Internet.

Today's Internet has been a huge success because TCP/IP and other Internet protocols enable multiple kinds of system to communicate without hindrance - and the quantum Internet must match that, being able to handle multiple kinds of hardware and different types of quantum information. Argonne wants to see how to make different quantum components compatible with each other while making sure that the quantum information is transferred reliably.

Argonne scientist Martin Suchara and colleagues at the University of Chicago and the University of Illinois at Urbana-Champaign aim to develop a protocol that can manage different types of quantum information encoding. They’ll also see how quantum states are transformed from one type into another inside a quantum network with multiple senders and recipients. Argonne already has a quantum network to use as a test site.

“A quantum internet would of course open a whole new infrastructure for sharing information,” Suchara said. ​“I’m grateful for this award to our multi-institutional team, which will use the funding to develop theory and practical protocols that are necessary precursors to developing a quantum internet that stretches across the continent.”