More than twenty organizations have come together to establish the Open Container Project (OCP), which aims to develop common standards for application containers under the guidance of the Linux Foundation.

The project members include bitter rivals Docker and CoreOS – both considered pioneers in the containerized software field.

The project will initially rely on container format, runC runtime and specifications donated by Docker - widely considered the ‘de facto’ standards in the industry. Meanwhile CoreOS will contribute standards developed under its own Application Container spec (appc) initiative.

The parties aim to finish migrating code and publish a draft specification in the next three months.

“Containers are revolutionizing the computing industry and delivering on the dream of application portability,” said Jim Zemlin, executive director of the Linux Foundation. “With the Open Container Project, Docker is ensuring that fragmentation won’t destroy the promise of containers.” 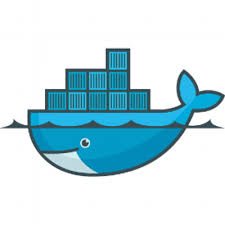 The approach is not new, but has been rapidly gaining popularity thanks to new tools, including Docker – which was released to the open source community in 2013.

Since the technology is open source, various software vendors are developing their own implementations of application containers - something that could lead to fragmentation of the industry. There are now more than 40,000 public projects based on the Docker format.

The project aims to collaborate on an open, standard container format and runtime while remaining independent from any vendor. Its work will not be bound to any one client or orchestration stack, and will be portable across a wide variety of hardware platforms.

The organization wants to reassure its members that their pre-existing development efforts will be protected. At the same time, it sends a message to enterprise users that their investments in Docker products will be safe.

Other organizations will be free to build technologies on top of the Open Container Project’s  format and runtime.

Meanwhile the Docker project will continue to maintain the Docker client, all platform tooling and all orchestration capabilities that are built on top of the donated technologies. According to the founder of the Docker project Solomon Hykes, the OCP essentially separates “the box” – the software container – from “the tools that build, ship, and run those boxes”.

“To use an old analogy, why argue about the width of train tracks, when you can worry about laying track and building the best possible engines? Ultimately, we want to make sure that the original promise of Docker - portability, interoperability, and agility—aren’t lost as we move to a world of applications built from multiple containers run using a diverse set of tools across a diverse set of infrastructures,” Hykes wrote in a blog post.

One difficulty that might come up is there is already an OCP - the well-established Open Compute Project, which shares designs for efficient data center hardware.