Digital Realty has opened its second data center in the Greater Toronto Area, hailing it as one of the largest retail colocation facilities in Canada.

The site offers 50,000 square feet (4,645 sq m) of white space and up to 46MW of power capacity, in a building once used to print the Toronto Star newspaper.

“Toronto is home to a booming financial services industry and a burgeoning roster of large technology companies and emerging tech startups for whom digital transformation is driving enterprise initiatives,” William Stein, CEO of Digital Realty, said.

“We are very excited to be converting the iconic Toronto Star building into a revolutionary new data center, ideal for cloud providers, financial services companies and enterprises of all sizes.”

The company will hold an official opening ceremony on 21 June. 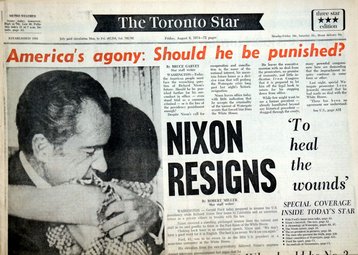 A new lease of life

Toronto is the fourth largest city in North America, and the business capital of Canada. The region benefits from cool climate, political stability and lack of natural disasters - Canada was ranked sixth on the Cushman & Wakefield Data Center Risk Index in 2016.

The new Digital Realty facility, codenamed TOR1, is located at One Century Place in Vaughan, Ontario, which forms part of the Greater Toronto Area.

The building produced the Toronto Star for more than 25 years, and was designed to handle heavy machinery, making it a perfect location for a data center.

The site was purchased by DuPont Fabros Technology for $54.2 million in 2016, and was originally expected to commence operations in late 2017. 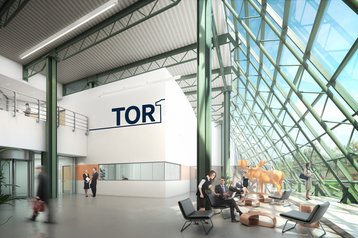 Digital Realty acquired DFT for $8 billion in the middle of 2017, gaining 12 data centers in the US and the TOR1 project, which was already under construction.

The site offers 23 data halls that can be configured to support a wide range of power densities, from 1kW to more than 4kW per square meter (100 to 300 watts per square foot). Customers can also specify the level of redundancy they need on power and cooling equipment.

Digital Realty says the data center was designed to deliver annualized PUE of 1.25, when at full capacity.

“We are extremely pleased Digital Realty has been able to repurpose such a historic site and are delighted they have been able to bring it into the digital transformation era while retaining its aesthetic appeal,” Brett Miller, CEO of JLL Canada, said.

“This facility will serve the community well as a strong addition to the Greater Toronto Area’s data and technology infrastructure, which is increasingly under-resourced due to the rapid growth of business in this region.”

Join DCD in Toronto on November 13, for our 10th annual conference in Canada. The event will explore the latest in power and cooling technologies, the impact of edge computing and IoT, as well as the issues of privacy and regulation.

It will also feature a number of speakers from the Uptime Institute – the official content partner of DCD conference series.