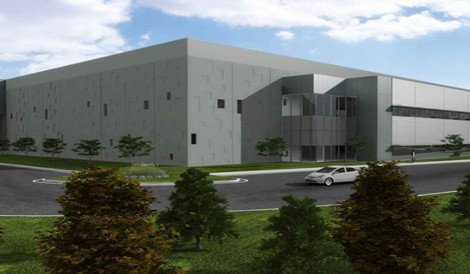 The San Francisco-based wholesale data center provider has contracted JLL to lease the building in one of the most important data center markets in the US. The company already operates 2.4m sq ft of data center space in the Northern Virginia region.

Its competitors in this market include CoreSite, Sabey and RagingWire, but the biggest rival in Northern Virginia is DuPont Fabros, which has six operational facilities in the area and one more under construction.

Dana Adams, VP of portfolio management at Digital, said that according to one estimate, about three fourths of the world's internet traffic traveled through Loudoun County, which is where Ashburn is located.

“The demand from our customers continues to increase, making this an attractive area for us to invest in,” she said.

Digital's largest wholesale deals in the market during 2013 were a 6.75MW lease by LinkedIn and a 2.2MW lease by Dropbox – both in Ashburn – according to a year-end report on the North American data center market by the commercial real estate firm Avison Young.

Other major deals of the year in the region included RagingWire's 2.7MW deal with Unisys and a 2MW deal with Dimension Data at the provider's recently completed Ashburn campus. The Avison Young report also mentioned DuPont's 2.6MW deal with Microsoft in Reston – a nearby town.

The company expects to complete the first phase of construction toward the end of 2014. In addition to data center space, the new campus will include office space, storage space, meeting rooms and break rooms.

Digital is one of the world's largest data center developers and landlords. The real estate investment trust's portfolio currently comprises of about 130 properties which total about 23.8 sq ft.

The company has data centers in 33 markets across North America, Europe and Asia Pacific.