A defunct coke processing plant may be turned into a data center campus after it was taken over by a real estate company.

According to local reports, the site was purchased by Energy Solutions’ Jon M. Williams, under the name of Riverview Innovation and Technology Campus Inc, on September 23, 2019.

The development will, it is believed, be conducted by Williams' other business, Ontario Speciality Contracting (OSC). The company specializes in brownfield developments containing hazardous materials.

In an interview with local news station WKBW, Williams says the plan is to turn the site into a tech park.

“If you can get the site back to a usable condition and you can remediate and clean up the historical contamination, the site should have a long future.”

According to reports, Williams has agreed to pay all of the facility's property taxes and will assume liability for the site.

The plant used to produce coke, a derivative of coal. Coke is made by heating the fuel at high temperatures in the absence of air and is used in smelting because of its ability to reach incredibly high temperatures.

History of the site

On October 14, 2018, the factory suspended its operations.

The Environmental Protection Agency (EPA) and the New York State Department of Environmental Conservation (NYSDEC) got involved due to its hazardous emissions and TCC was, as a result, fined around $25m.

The company was unable to pay and filed for Chapter 11 bankruptcy on October 15, 2018.

TCC was dogged by complaints from locals and authorities about the cleanliness of the facility for years. Between May 18 and July 6 the company was charged by the NYSDEC for violating state air quality quotas nearly 120 times.

The Clean Air Coalition executive director, Rebecca Newberry, said the sale did not forgive TCC or Honeywell, the site's previous owner, from cleaning up the site.

Newberry said: "The community will continue to stay vigilant and push the New York state commissioner and the governor to refer the site to the federal Superfund program.

"The federal Superfund program is the only program that will engage in cost-recovery where a polluter can be held accountable to clean up this mess, and that's what we want.

"We want the polluters to clean up their mess." 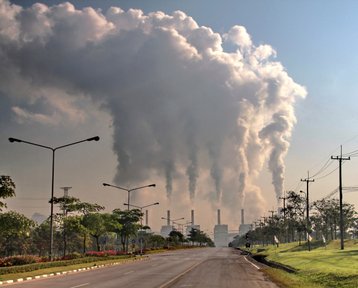 Turning coal facilities into data centers is by no means a new or novel idea.

Back in June, two coal power plants in Somerset and Cayuga, both based out of New York (state), were proposed as potential hyperscale data center sites.

The state of New York has been trying to move away from coal power for some time, and in August 2019 passed legislation to limit CO2 emissions from power plants.

By the end of this year, Governor Andrew Cuomo plans to essentially ban New York power plants from burning coal.

The Cayuga Operating Company (COC), which owns the plant, plans on converting it into either a data center or some sort of energy storage structure.

On the other hand, the town of Somerset’s 675MW Kintigh Generating Station could be closing in March.

The facility’s owner, Somerset Operating Co, said: “Due to sustained uneconomic conditions and regulatory uncertainty, it intends to retire its 675MW coal-fired generating unit, effective on or before May 13, 2020.”

Chicago is getting in on the act too

Developers in the Windy City also plan to build a large data center at a power plant.

The Fisk Generating Station, a disused coal-fired power station in Pilsen, Chicago is being eyed up by Hilco Redevelopment Partners to build data centers covering some of the site's 350,000 sq ft (32,500 sq m) of land.

The Fisk plant is in a heavily industrial area, just fifteen miles from State Line, another former coal-fired generating plant that is already being turned into a data center campus.