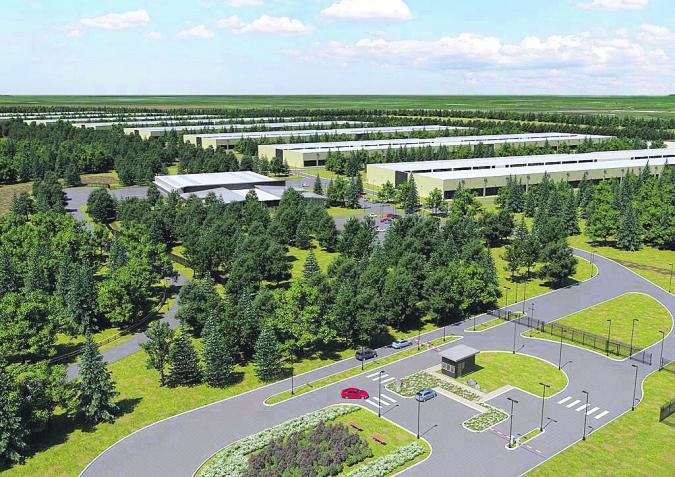 This week Apple will file an application to build a data center in Galway, Ireland. The proposal will add details to a plan announced in February to put €1.7 billion into two new European data centers - but rejects a suggestion that Apple might use its waste heat to provide a swimming pool.

The company will lodge an application with Galway County Council, to build the data center, which Apple aims to have open by 2017. The plans feature a single story data center measuring more than 263,000 sq ft (24,000 sq m) according to the Connacht Tribune,

If approved, the new facility will be built on a 500-acre forest site in Derrydonnell, Athenry and includes a single-storey logistics and administration building measuring 56,000 sq ft as well as a 3,000 sq ft maintenance building. There will also be huts for fiber networking, a power substation and standby generators.

Apple rebuffed a request from local Senator Fidelma Healy Eames, that the waste heat from the site should be used to warm an Olympic-sized public swimming pool, according to an early Connacht Tribune report.

Apple has said that it currently has no plans to reclaim and reuse the site’s heat, although it is understood that heat will be reclaimed from the other European data center Apple is proposing, in Viborg, Denmark. The site will, however, include its own water treatment plants and harvest rainwater.

There will be around 300 jobs created, and the site plans to have parking for 200 cars. There will be landscaping and a 2.4 metre high perimeter security fence.