Department of Labor to consolidate into ByteGrid data center 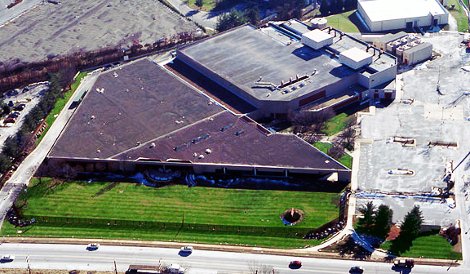 Lockheed Martin will consolidate six data centers operated by agencies of the US Department of Labor (DOL) into a ByteGrid facility in Montgomery County, Maryland. The relocation is part of the Federal Data Center Consolidation Initiative, kicked off by president Barack Obama's administration in 2010.

Don Goodwin, executive VP of sales and marketing at ByteGrid, said the data center provider was part of a seven-year US$59m data center consolidation contract Lockheed has signed with the department. The contract does not cover all data centers of roughly a dozen agencies that make up the DOL, he said.

ByteGrid president Manuel Mencia said the six data centers in the Washington, DC, area that are being consolidated have been shared by 10 agencies. “There's actually 10 infrastructure agencies that are part of this initial award, and this is the first region that they're doing,” he said.

Both Lockheed and the data center provider are involved in planning and implementing the infrastructure relocation project, Mencia said. ByteGrid's team will also manage the majority of the mechanical and electrical infrastructure that will support the DOL's systems in Maryland.

The government's consolidation initiative seeks to reduce the amount of money agencies spend on building and operating data centers. Since it started in February 2010, the initiative's goals have proven difficult to achieve by most agencies.

Goals and priorities of the program have also evolved. From simply requiring agencies to count their data centers, identify ones that can be consolidated and draw and implement consolidation plans, the initiative is now more focused on rationalizing and consolidating applications agencies use and optimizing the data center infrastructure to support those applications.

ByteGrid's facility in Maryland is more than 200,000 sq ft in size and contains about 90,000 sq ft of raised floor, while providing 9MW of critical power. The company has two data centers on its 11-acre campus.

Six carriers are providing connectivity services at the site, and four more are currently in the process of deployment there, Mencia said.

The data center was converted from a single- to a multi-tenant one about two years ago. Today, it has more than five tenants, he said, declining to provide further detail.

In addition to its Maryland campus, ByteGrid has data centers in Alpharetta, Georgia (Atlanta metro), and in Cleveland, Ohio.