"Father of the Internet" Vint Cerf is there

DE-CIX offers a carrier-neutral interconnection platform for international networks, hosted in various colocation facilities and cloud hubs. The opening ceremony was attended by the "father of the Internet" Vint Cerf, and the Secretary of Administration of Virginia. 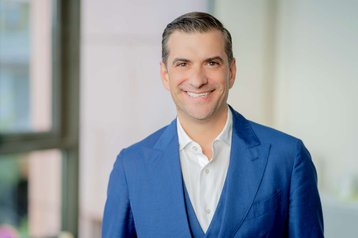 For more on DE-CIX, read our interview with CEO Ivo Ivanov, in the latest issue of DCD Magazine – DE CIX

DE-CIX does not own data centers but locates its platform is hosted with providers including Equinix and Digital Realty. The company has not said which provider is hosting DE-CIX Richmond.

The announcement took place at the IEIC Global NAP Summit 2.0 at the Hilton Richmond, hosted by The Internet Ecosystem Innovation Committee (IEIC).

DE-CIX's Internet exchanges are intended for ISPs, content delivery networks, and large enterprises needing a low-latency international network. They include direct links to cloud services such as Microsoft Azure, and cloud apps such as Microsoft 365 and Dynamics, as well as closed user groups for organizations wanting to create their own special online environment, for partners and customers.

“We are thrilled to bring our platform to this very important market, supporting the further digital transformation of Virginia,” comments Ivo Ivanov, CEO of DE-CIX. “Not only traditional network providers, but also enterprises – in Virginia and beyond – are in search of simplified, flexible, secure, and high-performance solutions that support their connectivity needs in an agile manner."

The exchange has a direct link to DE-CIX's long-established presence at DE-CIX New York, which handles more than a terabit per second at peak times. DE-CIX has a further three IXs in North America, at Dallas, Phoenix, and Chicago.

The actual hardware DE-CIX has installed at Richmond is a standalone platform powered by Nokia, and it has direct access to EdgeConneX, QTS Richmond, and Pixel Factory data centers.