A new Internet exchange in Sicily is set to improve the flow of traffic between the Middle East, Africa and Europe.

The DE-CIX Palermo is located in the recently opened ‘Sicily Hub’ - a 2,000 square feet data center owned by Sparkle, a subsidiary of Telecom Italia.

The facility is linked to more than 15 subsea cable landing stations in on the island - which is located closer to North Africa than any other European landmass, making it a perfect peering point between regions.

“DE-CIX Palermo will deliver local, regional and international players high-quality, secure and reliable access to the content and transit providers that enable the Internet to thrive,” said Alessandro Talotta, chairman and CEO of TI Sparkle.

“The presence of the most important global content players at Sicily Hub builds a rich ecosystem of multi-breed players, creating the best location for high-quality, cost-efficient public and private peering in the Mediterranean.” 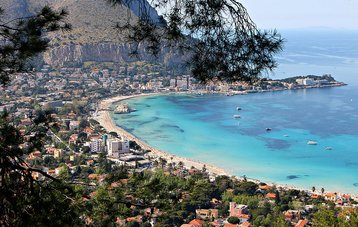 The exchange is run by Deutscher Commercial Internet Exchange (DE-CIX), an organization established in 1995 and wholly owned by the eco association, the largest Internet industry association in Europe.

DC-IX says growth in online content consumption in the Middle East and Africa is putting pressure on Content Delivery Networks (CDNs) to bring that content closer to the edge. Latency between Palermo and North Africa stands at just 5 - 15ms, so the organization expects the Italian city to become the next major network hub.

“We founded DE-CIX Palermo to develop a new hub for Middle Eastern and African networks to reach Europe,” explained Harald Summa, CEO of DE-CIX. “There is tremendous growth happening in these regions. By creating a new hub in Palermo, the Internet experience of the end users will be improved, while networks will benefit from cost savings and better connectivity.”

Google and Limelight Networks are among the companies who are preparing to peer on the DE-CIX Palermo.