DCI Indonesia has opened the first phase of its second data center campus outside Jakarta, Indonesia.

H2 campus sits on ​​791 hectares in Karawang, to the east of the capital city and a total capacity of up to 600MW. The campus reportedly already has two tenants. 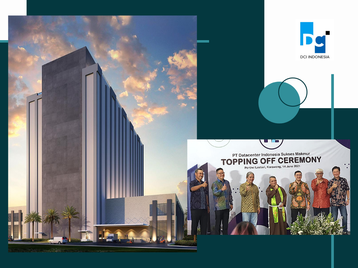 The first phase of the data center campus, a 15MW building named H2-01, has ten floors, six of which are data halls with a total capacity of 3,000 racks. The data center will draw renewable energy from solar farms in the same area.

“The demand for data centers in Indonesia has increased dramatically in the last two years. Digitalization continues to grow rapidly with the adaptation of cloud computing that continues to increase, accompanied by school activities and work from home during the pandemic,” said Salim. “The H2 hyperscale data center complex was built against this background with eco-sustainable principles, namely by installing solar panel power as a source of electricity in the data center area.”

“The H2-01 building is the beginning of the H2 hyperscale area. This complex area can be built up to a capacity of 600MW,” added Axton.

DCI opened its fifth data center, in Citibung, in June.

Indonet’s Edge DC subsidiary recently announced a partnership with DCI Indonesia that will see it adopt DCI’s platform in terms of infrastructure design and operational standards.