DCD>Energy Smart: Cities must lead the way in energy efficiency

Sweden leads in heat reuse, and it has plenty of lessons for the rest of us

Cities, and commercial companies such as data center providers, must lead the way in introducing efficiency measures such as district heating, according to speakers at the DCD>Energy Smart event in Stockholm today.

Thirty data centers in Stockholm already sell their waste heat to the district heating system run by Stockholm Exergi (formerly Fortum Värme) and this week, DigiPlex’ local facility announced it would hook up to the system, providing enough heat to warm 10,000 modern apartments.

Other cities will have a hard job matching this, as few places have the investment in district heating that Stockholm has, according to Anders Egelrud, CEO of Stockholm Exergi, which co-hosted the event with DCD. Companies and cities will have to work together to introduce more intelligent energy solutions said Egelrud. 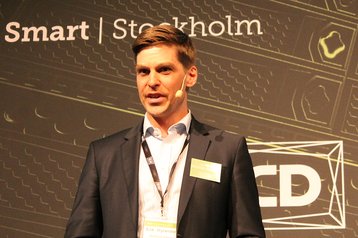 What is heat worth?

Stockholm is going to be fossil free by 2040, said Carl Rosen, Director General of the Swedish Ministry of Enterprise and Innovation, who opened the event. Part of this is enabled by Exergi’s district heating, which connects more than 90 percent of the buildings in Stockholm and can provide hot water and heating needs.

Despite the amount of heat already reused, there is scope for far more: the city could recover and use another 12TWh of heat energy each year, said Erik Rylander, head of Stockholm Data Parks, a joint venture involving Stockholm Exergi. This is roughly twice the total energy consumed by Google - and the company actually pays $200,000 per year for 1MW of waste heat .

By comparison, Google consumes around 6TWh, according to a presentation by Fabien Vieau, head of data center location at Google, who stressed that the cloud giant is 100 percent powered by renewables, and committed to installing new renewable resources wherever it operates.

The case for district heating can sound like a case for building data centers in Stockholm as other cities can generally not match the 2,800km of pipes which the city has built since 1950s.

However heat reuse can take many forms: Green Mountain has two data centers in Norway, which are far from cities, but their waste heat is used for fish farms, and to warm up river water whose temperature has been disrupted by hydroelectric power stations, said Tor Kristian Gyland, CEO of Green Mountain. 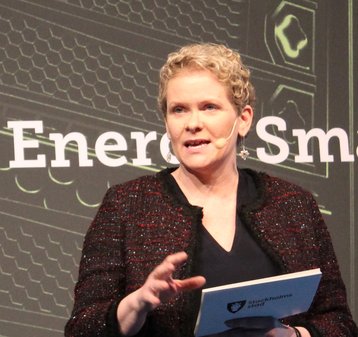 Delegates to DCD>Energy Smart that are going back home to their own countries should be aware that it is cities, not countries, that will be crucial to the move towards more sustainable infrastructure, said Egelrud. “Companies and cities will lead the way,” he said, pointing out that conurbations have the flexibility and size that can make a real difference to energy use and policy.

”I want Stockholm to become an international beacon for how to run a truly smart and sustainable city,” said Karin Wanngård, mayor of the City of Stockholm. “The Paris Climate Agreements cannot be achieved without actions by cities.” Despite a growing population, Stockholm has reduced the emissions caused by heating.

The open district heating system run by Exergi and Stockholm Data Parks has allowed data centers to take part in this, she said.