As the tech industry begins to deploy thousands of tiny Edge systems, it will need to rethink how they are powered and cooled, the second day of DCD's Building The Edge heard.

Edge computing installs resources close to users, and cannot use the efficient hyperscale facilities used by the cloud. Instead, Edge resources will have to adopt liquid cooling, fit into new delivery models such as modules on street lights - and find ways to reuse the waste heat the produce, said the panel, which included Peter Hopton, founder of Iceotope.

We can't go back 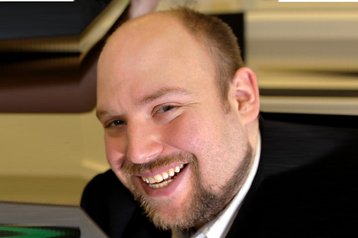 "A few years ago, we had lots of small data centers with high PUEs [i.e. low efficiency]. We consolidated them and put them where energy is cheap; that was the whole hyperscale play, putting things up in the cloud," said Hopton. "Now we are putting computing closer to people, will we go back to where we were before 2007, where we had lots of high PUE data centers that were inefficient?"

Edge resources will have to be different to centralized facilities, if only because one cannot get planning permission for a vast multitude of small data centers, said Professor John Goodacre of the University of Manchester. Instead, designers will concentrate on fitting capacity into a small form factor, and use liquid cooling, which simultaneously reduces energy requirements, and returns that energy as high temperature heat that can be useful. "It’s a holistic problem to get to net zero. In a typical data center, 40 percent of the power can be used to get rid of the heat. Liquid cooling can get us down to 10 percent, but if we can make that a useful temperature, then we can talk about reuse."

Lower power processors duplicated, can deliver ten time the computing power, using one-quarter of the energy, in the same amount of rack space, according to demonstration systems from Prof Goodacre's business project Bamboo: "If you can shrink requirement by 10 fold, and reuse power, then you can see the trajectory that gets you through to net zero. "

Hopton said that a high-density computing system could approach the same energy density as a commercial oil/gas boiler - using that to heat a home would allow that home to switch off a boiler fueled by fossil fuel, and move to heat derived from renewable electricity.

At the same time, fuel cells are becoming more efficient; and can powered by renewable gas. With that in place, data centers of any size could move to net zero, and also provide a useful energy service said Alberto Ravagni, of energy infrastructure company InfraPrime: "To be net positive you have to produce more energy in the data center than you need. You can reuse heat, and you can be net positive by providing excess power and emergency power. The data center can be a hub of resilient power. Resilient 24x7 power is precious in urban areas."

Read more about today's session and more in the Live Blog