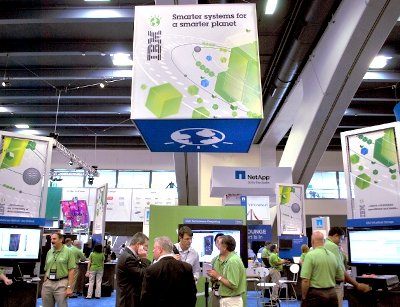 Operators of the majority of the world’s most inefficient data centers do not gather facts about energy efficiency of the facilities they operate, results of a new survey by IBM revealed.

Steve Sams, VP of site and facilities services at IBM, said companies that run their data centers very efficiently, on the other hand, spend a lot more on innovation that adds business value. Sams shared initial results of the survey at DatacenterDynamics New York.

This was a survey of more than 300 IBM customers around the world. IBM is still analyzing the data and will share the final results in about one month.

Companies that run more efficient data centers spend more on innovation because they do not spend as much on infrastructure operations, Sams explained.

Customers with inefficient infrastructures have other common characteristics, including a lack of real data about their data centers’ efficiency.

The other common thread among companies with the most inefficient data centers is lack of planning.

This is often an erroneous approach. A higher upfront capital cost – for a cooling solution as an example – frequently translates into operational efficiencies that very quickly make up for the initial cost difference between a higher- and a lower-cost solution, Sams explained.