DataCentred is shutting down after losing HMRC as a customer

British taxman moves to Amazon, leaving the business unable to keep the lights on

Salford-based cloud services provider DataCentred has shut down completely, after going into administration in August.

Administrators were unable to sell the business, which started losing money after its biggest client, Her Majesty’s Revenue and Customs (HMRC), left for Amazon Web Services. The tax collection agency was responsible for 81 percent of DataCentred’s revenue.

No longer able to trade 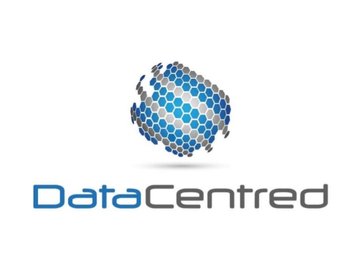 It added: “The Company was considering a restructuring to separate the Cloud and co-location parts of the business as well as pursuing a strategy to attract new customers, however, on 27 June 2017, the Company’s main Cloud customer gave formal notice that they would be terminating their contract and transitioning to another Cloud supplier.

That main customer was HM Revenue and Customs, The Register reports, with DataCentred seemingly confirming the story on Twitter in a retweet:

According to the administrator’s proposal, after HMRC left, “the Directors explored the possibility of disposing of the physical data centre with a view to concentrating on the Cloud part of the business.”

“There were three interested parties who all progressed to advanced discussions. The landlord however, was unable to offer lease terms beyond 10 years and despite one of the parties making an offer, due to the lease term issues this was unable to proceed.”

After entering administration, FRP Advisory representatives Anthony Collier and Geoff Rowley were brought on to find a solution, with Collier saying in August: “Over its four-year trading history, DataCentred has earned a well-deserved reputation for its expertise and has supported a significant network of clients. We are marketing the business and assets for sale and we encourage any interested parties to make early contact.”

Unfortunately, it appears that the business was unable to find a new owner in time, with the company tweeting: “Our cloud service will be shut down permanently over the course of the next 24 hours - please ensure you’ve migrated workloads elsewhere.”

HMRC, meanwhile, has moved to Amazon Web Services - with some criticizing the move, since Amazon has often been highlighted as a business that was lowering its taxes through creative tax avoidance schemes.

Margaret Hodge MP, the former chair of parliament’s public accounts committee, told Sky News: “This is a clear case of government saying one thing yet doing another. They say they want to support small businesses but they give the contacts to the big boys and let small businesses go bust.

“They say they want to be tough on tax avoidance but they use our money to give contracts to some of the world’s biggest and most immoral tax avoiders. Surely this is blatant hypocrisy.”

HMRC told the publication that it had been in discussions about its ”longer-term plans for cloud provision and what’s in the best interests of our customers.”

“Hyperscale cloud technology is newly available in the UK and the larger cloud capability offers more resilient services at a significantly lower cost to the taxpayer.”