After only four years of business, Greater Manchester firm is looking for buyers

British data center and cloud company DataCentred has entered administration four years after it was founded, and is seeking out potential buyers for its business.

The Salford Quays based company, which employs 15 people, will continue to trade until a solution is found. This will be the purpose of appointed FRP Advisory representatives Anthony Collier and Geoff Rowley.

Giving back the Salford keys 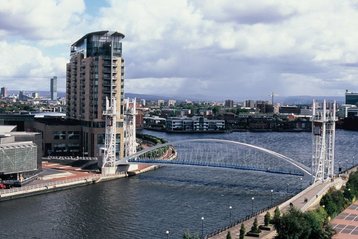 As well as classic data center and cloud services, DataCentred offers OpenStack software defined and cloud native IaaS, and counts the London School of Economics, Her Majesty’s Revenue and Customs (HMRC) and Lancaster University among its clients, and also figures on the list of providers for the British government’s G-Cloud 6 which allows public sector bodies to source vetted IT services.

The company is also a member of the Linux Foundation and the Helix Nebula Initiative (HNI) European cloud consortium.

“Over its four-year trading history, DataCentred has earned a well-deserved reputation for its expertise and has supported a significant network of clients. We are marketing the business and assets for sale and we encourage any interested parties to make early contact,” said Anthony Collier.

The administration process takes place when a company reaches critical insolvency levels but wishes to preserve its business, or is bound to do so by creditors or investors. Although it can result in the continuation of operations, the process can also lead to assets being sold off. This happened to Australian operator Green Global Solutions, which failed after an unsuccessful speculative expansion.