The Andhra Pradesh (AP) government’s move to set up a state-owned data centre in the capital region of Vijayawada, India appears to have suffered a setback earlier this month, as its request for a grant of RS 150 crore (US$23.6M) was turned down.

Andhra Pradesh was formally divided into two states in June 2014, with the newly created Telangana operating from the state capital of Hyderabad. Andhra Pradesh is creating a new capital city in Guntur district, and the plan was to build a new data center there to handle its IT operations. 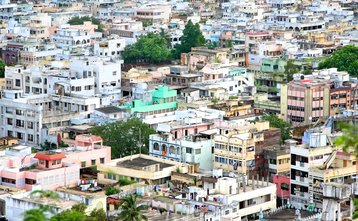 As we reported late last year, the new state data center is to be set up by an e-governance authority, led by the Andhra Pradesh prime minister, the IT minister and their advisors. The common infrastructure will be shared by multiple government ministries, and will also provide shared disaster recovery and be remotely manageable - as well as being built to withstand earthquakes and cyclones.

The current data center is located in Gachibowli in Hyderabad, and is managed by IT firm Wipro. The facility hosts the resident data hub where infromation pertaining to all state government programs is held. As reported by the Times of India, Andhra Pradesh is currently paying 52 percent of the running costs, with the other 48 percent borne by Telangana.

However, the AP Reorganization Act means that the common servers will become Telangana’s property in 10 years, which means that a separate data center must eventually be established.

According to an official quoted in the report, AP had sought a bigger grant than the usual Rs 60 crore in order to “make a lot of value addition”. It is not known if the request was turned down due to the financial crunch that the state government is going through, or the higher than usual amount it was seeking.

For now, the AP IT department said it had sent off an appeal for funding. The alternative is to set up a data center in Public-Private Partnership mode in which private companies are invited to fund and operate the data center.