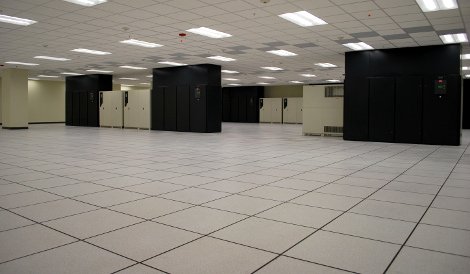 Silicon Valley has seen a lot less new data center construction in 2013 compared to the preceding year. A lot of new wholesale space was built in 2012, and big chunks of currently occupied space are expected to become available in a few years, which has created worries of excess supply.

As Michael Foust, CEO and director of Digital Realty Trust, one of the biggest wholesale data center players in the region, put it on the company’s third-quarter earnings call, “Silicon Valley is the one major market in the US at risk of significant oversupply, whereas demand has been particularly strong in Northern Virginia, as well as in Dallas.”

Kelly Morgan, a 451 Research analyst who studies the multi-tenant data center market, says one of the region’s biggest issues is Facebook. The company has historically been one of the biggest wholesale data center tenants and demand drivers in the market. In recent years, however, it has started building its own data centers, and many of its wholesale leases are expected to come to an end a few years from now.

Not only is Facebook not expected to renew those leases, it has moved equipment out of a lot of that space and is subleasing it at “below-market” rates, Morgan says. A Facebook spokesperson confirmed that the company was offering to sublease wholesale data center space in the region.

The social network is using a number of providers in the Valley, including Digital Realty, CoreSite, Bay Area Internet Solutions and Fortune Data Centers.

Depends on how you slice it

Matt Miszewski, senior VP of sales at Digital Realty, says the region as a whole has a significant amount of supply. “But I don’t look at supply and demand with my eyes half open,” he says.

You get a clearer picture if you look at specific types of data center product available and demand in the market that matches it. There is retail colocation versus wholesale space, and the wholesale category is further subdivided into built-out “live” data center floor, powered shells or space for build-to-suit projects.

“Even though we talk about them in big large numbers … when you look at [the region’s market] workload by workload, it may not actually appear that there is oversupply,” Miszewski says.

There is also a lot of undeveloped property where data center companies have announced intent to build that gets treated as available inventory. In terms of finished data center space, there is a “pretty good match” between supply and demand in the region’s wholesale market, he says.

Although Digital Realty owns a lot of real estate, the company is conservative about speculative builds. Today, it is comfortable with demand in the Valley and the inventory it has there, Miszewski says.

Jarrett Appleby, COO of CoreSite, another major Silicon Valley wholesale player, says the company is not affected by pricing pressures to the same extent its competitors are because it has a different strategy. Its focus on network connectivity positions the provider differently than the “pure-play” wholesale providers are positioned, he says. “We do see some space coming back on the market, but we haven’t seen that impact for us.”

Facebook’s current lease with CoreSite is expected to end in 2016 and 2017. Because of the high-profile tenant, however, lots of network carriers and “eyeball” networks have moved to CoreSite’s Santa Clara campus, and Appleby says he is confident that ecosystem will make it easy for the provider to fill up the space vacated by Facebook.

CoreSite plans to turn that space into retail colocation, since there is demand for highly connected colo space in the region that is alternative to Equinix, which currently dominates the retail market, Appleby says.

Lots of competition in retail colo

CoreSite will not be the only player offering retail space in the region, however. There is quite a bit of existing players besides Equinix and some newer ones. A new company called Colovore, for example, is putting finishing touches on a brand new data center in Santa Clara, targeting retail colo clients.

Peter Harrison, Colovore’s CTO, says there is no shortage of interest from potential clients. “We’re very bullish on the market in the retail section,” he says. “We’re getting interest from a wide variety of businesses.”

Oversupply on the wholesale side of things in the Valley is nothing new, Harrison says. “The ratio of oversupply [of wholesale space] has been constant for the past few years.” This was the case three years ago, when Colovore’s business plan was being written, and it remains the case today.

A version of this article first appeared in the latest issue of our magazine. Go to the DatacenterDynamics FOCUS magazine webpage to read the digital edition or to for a free subscription to the print edition.