A large data center campus is being proposed in Westfield, Massachusetts

According to the Westfield News, the proposed Westfield Data Center Campus, at 199 Servistar Industrial Way outside Springfield, would see 10 three-story data center buildings totaling 2.7 million square feet (250,800 sqm) of floorspace built out over a period of 13-18 years. 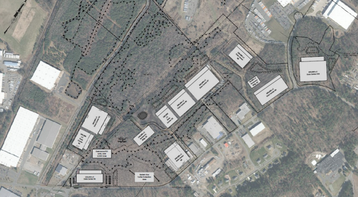 The company behind the proposed project is Servistar Realties, LLC. According to Open Corporates, the company is owned by one Erik Bartone,

An Erik Bartone is listed as the owner of DBS Energy Inc., and may also be connected to Nxegen/Artis Energy. It’s unclear currently if they are the same person involved in this project.

“The potential revenue for the city going forward is significant. Within the first three years, they would be the largest taxpayer in the city, never mind future phases,” said community development director Peter J. Miller. He said anticipated tax revenue within three years would be $1.2 million.

“We’ve been looking for that ‘unicorn.’ This is the greatest project to fit into the space that we have. No warehouses, no trucks, no discharges into air, water, land; just electricity and data. It’s clean. It’s green. I envision glass and steel buildings, the many jobs that accompany that, as well as the tax revenue for the city,” added Mayor Donald F. Humason, Jr. “The only traffic moving here is the traffic that’s moving through data lines.”

According to the Westfield News, the land for the proposed site is currently owned by multiple parties, with some sitting on wetlands and aquifer.

The developers are reportedly seeking a special tax assessment through Chapter 121A of the Mass General Law, which Miller said is the mechanism to allow them to enter into a payment in lieu of taxes (PILOT) agreement with the city.

“I’ve thought about it a lot, and I’ve tried to figure out what the downside to this will be, and I can’t find one. This is a game-changer for the city in both finances and economic growth. It changes the kind of industry that looks at us and we’re hopeful this sets us up for a future where more of these tech offerings are available to us,” Miller added.

“This is the type of development that Westfield deserves and we should get. I think the more people learn about it the more they’re going to like it,” Humason said, adding, “I’ve got to say, I love it.”