The worst possible time to have an outage

The fire was quickly put out, but has brought the facility offline - taking down crucial government sites amid the ongoing Hurricane Ida. 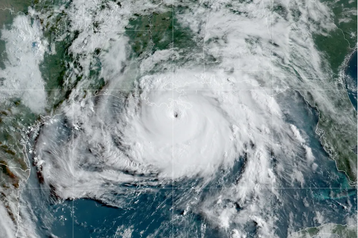 The cause of the fire is not known, but comes after power plants were brought offline and transmission lines were damaged by the hurricane - causing the city hall to shift to diesel generators.

"They put the fire out, but they had to go into the walls to make sure the fire wasn't going up them," Councilwoman Helena Moreno told WWLTV. "They've cleared us to go up to the ninth floor now, not using the elevators, obviously.

"We'll see what happens with our data. Hopefully, that's not been super compromised as far as our communication. I know that there were some initial problems, but hopefully, that can be rectified quickly."

She added that "some Generac [Power Systems] people are here now, there may have been something up with the generator."

Council email systems were brought offline. All nola.gov websites are down at the time of publication, including ready.nola.gov - the City of New Orleans' emergency preparedness campaign, managed by the Office of Homeland Security & Emergency Preparedness.

"We'll be communicating important Hurricane #Ida information via social media and over text. Text NOLAREADY to 77295," the city said on social media.

Most of New Orleans is still without power. "Now that Hurricane Ida has moved out of the area, we're conducting inspections of the system to get a clearer picture of what will be needed to repair the destruction," utility Entergy New Orleans said. "Full damage assessment could take several days, as many areas are currently inaccessible."

The utility warned: "Customers in the hardest-hit areas should plan for the possibility of experiencing extended power outages."

Across Louisiana, more than a million people are thought to be without power due to the hurricane. The death toll and scale of devastation are not yet known. Due to human-caused climate change, hurricanes like Ida are more likely to occur, and more likely to be stronger, slower, and wetter.

“There's critical infrastructure in the state that is not built to withstand the extremes of weather that, frankly, should be expected,” the Texas Advanced Computing Center's executive director Dan Stanzione told us at the time. "This was self-inflicted.”

To help those impacted by Hurricane Ida, readers are encouraged to visit this list of charities providing aid.