Says it will easily fit into a standard data center

The first D-Wave 2000Q, valued at $15 million, will go to Temporal Defense Systems, a cyber security firm with close ties to the US government (detailed further below). 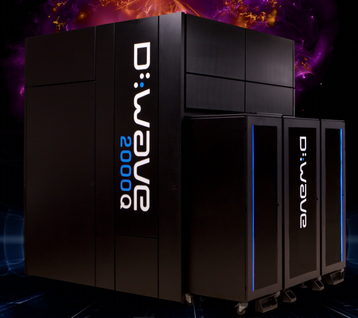 Debate still persists over D-Wave’s systems and whether they represent a ‘true quantum computer,’ although previous iterations, which have been bought by Google and Lockheed Martin, have found their use.

“D-Wave’s leap from 1000 qubits to 2000 qubits is a major technical achievement and an important advance for the emerging field of quantum computing,” Earl Joseph, IDC program VP for HPC, said.

“D-Wave is the only company with a product designed to run quantum computing problems, and the new D-Wave 2000Q system should be even more interesting to researchers and application developers who want to explore this revolutionary new approach to computing.”

Vern Brownell, D-Wave’s CEO, added: “We are the only company selling quantum computers, and our growing ecosystem of users and developers gives us the benefit of their practical experience as we develop products to solve real-world problems. While other organizations have prototypes with just a few qubits in their labs, D-Wave is delivering the systems, software, training, and services needed to build an industry.”

The company claims that “the D-Wave 2000Q system outperformed highly specialized algorithms run on state-of-the-art classical servers by factors of 1000 to 10000 times” in pure computation time.

“For these tests, D-Wave developed efficient CPU- and GPU-based implementations of highly specialized algorithms that are recognized as the stiffest competition to D-Wave [quantum processing units (QPUs)], and ran them on the latest-generation classical computer servers,” the company said.

“These benchmark problems in sampling and optimization were created to represent the structure of common real-world problems, while maximizing the size of the problem that could fit on the 2000-qubit QPU. The benchmark comparisons were relative to single CPU cores and 2500-core GPUs at the largest problem size.” 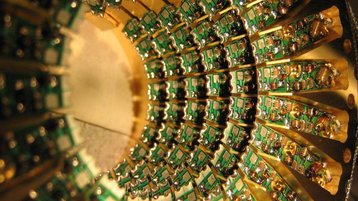 Later, it states that “the required water cooling is on par with what a kitchen tap can provide. The required air conditioning is one-tenth of what would be expected in a data center for a system with a similar footprint.”

For those not wishing to pay $15m for one of its computers, “systems are also accessible online through D-Wave’s hosted cloud environment.”

Jeremy Hilton, SVP of Systems at D-Wave, said: “The D-Wave 2000Q quantum computer takes a leap forward with a larger, more computationally powerful and programmable system, and is an important step toward more general-purpose quantum computing. In the future, we will continue to increase the performance of our quantum computers by adding more qubits, richer connections between qubits, more control features; by lowering noise; and by providing more efficient, easy-to-use software.”

D-Wave is not alone in its quest for a more general-purpose quantum computer, facing competition from a host of government-backed research initiatives in North America, Europe and Asia, as well as projects within several major technology firms.

Currently thought to be leading the pack is Google, with a prototype ‘true quantum computer’ potentially set for reveal later this year, and Microsoft, which claims to have a clear roadmap to a scalable topological quantum computer.

Alibaba has also invested in quantum computing research, in partnership with the Chinese government.

While the race to build the first true system continues, D-Wave has a customer in mind for its current systems. “The US government is the largest procurer of computers on the planet,” Bo Ewald, president of D-Wave International told Defense News late last year.

His interview with the publication was intended to mark the launch of a new corporate subsidiary D-Wave Government Inc, which has its own board consisting of executives with “deep experience at US government agencies.”

The board features luminaries from the NSA, CIA and Lockheed Martin, and is led by René Copeland, who once led sales to the US government for SGI, Cray, Platform Computing and other firms. A Facebook post from late last year reveals that Bill Bartolone, once handling Government Affairs at Intel Corporation, is now director of Government Relations at D-Wave.

The sale of the D-Wave 2000Q to Temporal Defense Systems (TDS), a government contractor, marks the first publicized contract since D-Wave Government’s formation. 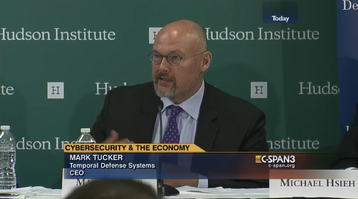 “TDS plans to harness the power of the D-Wave quantum computer to deliver the next generation of cyber security, and we are pleased that our technology will be an important part of the solution to this critical problem.”

“There are considerable benefits associated with this approach and the development of unprecedented levels of detection and attribution. The technology will provide the ability to identify, authorize, and authenticate at the individual device level throughout the network.

He added: “Additionally, the introduction of post-quantum cryptography algorithms and the capability to solve complex computational problems achievable only using quantum computing platforms will aid in improving the security of constantly changing operational networks.

“The intent is to introduce an entirely new approach to existing and emerging cyber security challenges impacted by the volume, sophistication, and complexity of modern attack methodologies.”

TDS was founded in Kirkland, Washington in 2011 under the leadership of Mark Tucker. Its address in Washington state is shared with several other companies and, when it tried to covertly buy a building in Saint Edward State Park, it pulled out when its name was made public.

The company also has a presence in Washington DC, New York and McLean in Virginia.

TDS’ known product line includes dPHY, a ‘secure’ CPU; dPHY SCADA, a similar product for industrial systems and critical infrastructure; QEC, which is described as a ‘quantum compiler/virtual machine/operating system’; and Omniscient Guardian, which is meant to deal with insider threats.

The company also offers QSM, a standardized security measurement of systems and components, in partnership with QSM Corporation - although it appears that QSM Corporation may actually be a subsidiary of TDS.

The company is staffed with several people with experience in government. On its site TDS notes that its Chief of Operations, Kristy Kottis, spent 24 years at the FBI, most recently as supervisor of the Threat Response Squad of the Joint Terrorism Task Force (JTTF), and that its board includes General Brown, the seventh Commander of USSOCOM.

Not mentioned on the site are Steve Cambone, director, and Robert Mitchell, vice president. Cambone is likely Stephen A. Cambone, the first United States Under Secretary of Defense for Intelligence, who went on to found Adirondack Advisors, a consulting firm that advises public sector and technology firms.

Mitchell, meanwhile, was described in an op-ed he wrote for the Center for Infrastructure Protection and Homeland Security as “a former Navy SEAL and CIA Paramilitary Officer.” According to the bio, “Mr. Mitchell has over 15 years of operational experience around the globe and regularly consults with US government agencies.”