A 500,000 sq ft expansion to data center built by CME will aim for financial services tenants

Data center operator CyrusOne is expanding the data center it bought from Chicago Mercantile Exchange (CME) in March. CME is still in the building as a tenant, and CyrusOne wants to bring in other Chicago-based financial firms.

In March, CME sold its building to CyrusOne, and signed a 15-year lease to remain as the anchor tenant for the facility, CyrusOne is now taking advantage of the site’s prime position in Chicago to build on an 15 acres of empty land included in the original deal. The extension will add another 500.000 sq ft (46,500 sq m) of space, which the two firms will offer to other financial services players. 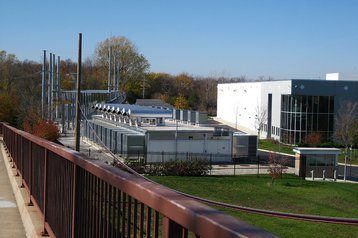 CyrusOne has said there is significant demand for additional colocation, and the deal allows both CyrusOne and CME to provide colocation services to interested customers in the original CME data center.

CyrusOne now says there is only 36,000 sq ft (3350 sq m) available to let in the building, which indicates there may be other customers already, or other  limitations with what can be done in the existing facility.

When the original acquisition of the data center was announced, both CyrusOne and CME talked about potential partnerships between the two firms to grow the business. The pair have said they plan to build additional space and to focus on “becoming the nexus for financial, energy, social media, and cloud companies”.

This move clearly indicates that they will be playing to the strengths of both entities. CyrusOne has not announced when construction will begin on the new facility.