Green Grid members will be asking the industry group to change its veteran data center efficiency metric PUE, to include water use. The proposal’s backers say this will make PUE fairer on data centers in different climates.

PUE (power usage effectiveness) is very widely used as a measure of data center efficiency, but critics say it ignores large parts of the cost and environmental impact of data centers. A proposal for PUE Revised (PUER) has been published in a blog at DatacenterDynamics and at Emerson Network Power, suggesting that it include the evaporative energy of any water used within the data center’s cooling systems.  This will restore a bias towards evaporative cooling systems in today’s PUE, says the blog’s author, Emerson vice president Jack Pouchet. 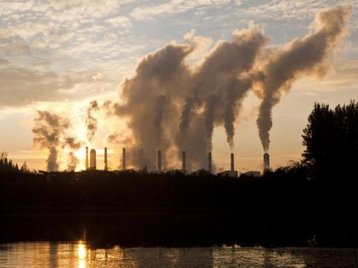 “For five to eight years, with PUE, the industry has moved away from mechcanical cooling,” Pouchet told DatacenterDynamics, “but mechanical cooling has become more efficient.”

Evaporative cooling systems use water evaporation to cool the airflow, which reduces electricity use, and electricity bills, greatly and so cuts the PUE.

Pouchet’s proposal calculates the energy which is used to evaporate the water, and adds this “water equivalent energy” (or WEE) to the total energy of the data center.

He also adds in another factor which PUE ignores - the energy used in running the standby generators (TGE or total generator energy), which may be run for hundreds of hours per year in tests and during outages.

Including evaporative cooling will be controversial, as this energy does not cost money, and does not come from any source which harms the environment; it is simply the heat energy in the water itself. However, supporters of the PUER proposal argue that water should be included within the PUE calculation somehow, because there are financial and environmental costs associated with it.

“Some data centers in China and India pay a high price for water,” said Stephen Worn, managing director North America at DatacenterDynamics. “Some of them need to run desalination plants,” Other countries have a humid atmosphere, which makes evaporative cooling much less useful.

“This is a game changer,” said Worn, explaining that data center operators in Singapore, Mexico and Brazil see PUE as a metric designed to favour Northern Hemisphere data centers.

PUE calculations may currently be used to persuade Asian customers to use data centers in the US or Northern Europe instead of Singapore. With the new calculations, facilities in the Northern Hemisphere using evaporative cooling coold see their PUE go up from 1.1 to 1.8, he said.

The proposal still has to be looked at formally and has yet to become an official work item at the Green Grid, but there appears to be some impetus behind it. It will face opposition from those who see the existing PUE as a measure based on electrical energy only. The existing PUE metric has also only recently been accepted as the basis of a draft international standard (ISO/IEC DIS 30134-2.2), and those involved in that process will not want to see any changes made.

In 2010, The Green Grid created a separate metric for water efficiency called WUE or water usage effectiveness, but it has not been widely used.