The latest in a series of cooling patent spats

Canadian liquid cooling company CoolIT has won the latest in a series of patent disputes with Denmark's Asetek in a US Court.

The US District Court for the Northern District of California found that CoolIT's products did not infringe patents belonging to Asetek, resolving a case that began in January 2019, when Asetek alleged that CoolIT had infringed several of its patents for liquid cooling of electronics. 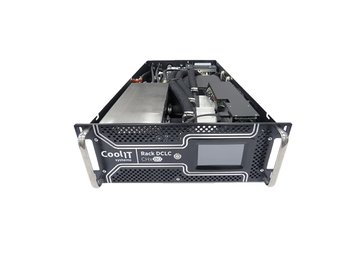 The two companies have tussled in court previously on multiple occasions over the last ten years, going back to at least 2013, when Asetek sued CoolIT.

Asetek developed liquid cooling initially for powerful GPUs used by gamers. It is known for aggressively pursuing other liquid cooling companies it believes have infringed on its patents for circulating liquid directly to chips. While it has won against some rivals, it hasn't done well against CoolIT.

Both CoolIT and Asetek have established businesses offering direct-to-chip cooling for high-end desktop systems, and offered the same technology to high-performance computing (HPC) systems and to data centers. Here direct-to-chip systems compete with immersion technologies such as those offered by Submer, GRC, and Asperitas.,

In 2021, Asetek announced it was abandoning HPC to concentrate on data centers -- and of course its home market of high-end gamers. CoolIT, meanwhile, is providing its cooling for Gigabyte's liquid-cooled servers.

On January 23, 2019, Asetek sued CoolIT for allegedly infringing Asetek's U.S. Patent Number 8,240,362. This patent also figured in the 2013 patent infringement suit. Asetek did not prevail at that engagement, and also lost in 2020, when it attempted to argue that CoolIT's patent no 9,496,200 infringed on Asetek's prior art.

The case (3:19-cv-00410-EMC in the United States District Court for the Northern District of California) has revolved around the designs of pumping systems to circulate cooling fluid around electronic systems.

Apparently, all patents but the ‘362 patent were dropped from the lawsuit, or rejected by the courts. The case involving the '362 patent was due to be heard in March 2023, but this week, the District Court issued a summary judgment that CoolIT’s products don't infringe Asetek's patents.

"As a result of the Order granting summary judgment of non-infringement on September 11, 2022, Asetek would not have had any remaining claims of infringement to present at the March 2023 trial," says CoolIT's press release. "In contrast, CoolIT would have been presenting its infringement claims against Asetek with respect to three of CoolIT’s patents relating to Split Flow technology."

CoolIT CEO, Steve Walton, commented, “We appreciate the court’s attention to detail throughout the litigation and we are very pleased the court reached the correct result in determining CoolIT was not infringing.  CoolIT respects the intellectual property of others, but will take a stand when it believes it is not infringing.  We are most happy with getting back to the business of selling great products.”

CoolIT says the two parties have now "settled all outstanding litigation between them".