Cooling techniques to disrupt the industry 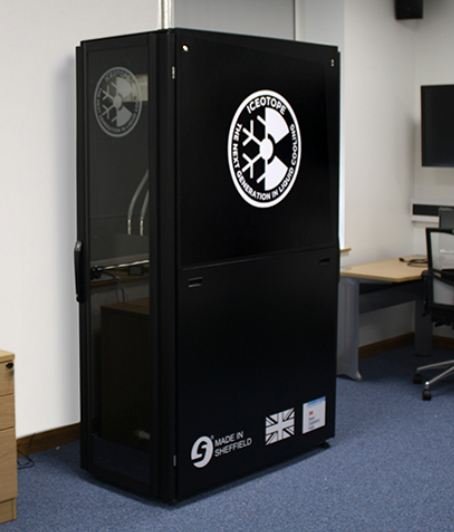 A new generation of liquid cooling systems could create a massive disruption for the data center industry, cutting revenues for air conditioning makers, power suppliers and even commercial property managers.

The predictions come in a report titled Liquid Cooled IT, from market analyst The 451 Group.

The upshot will be a dramatic falls in costs as data center equipment becomes simpler, easier to maintain and less cumbersome, according to the analysis.

As demand for high performance computers grows as a consequence of processor-intensive applications – most notably the mining of big data – the techniques for cooling these machines will become increasingly critical, if the costs of energy and carbon emissions are to be minimized.

According to report author, European research manager on direct cooling technology and Eco-efficient IT, Andrew Donoghue, this increased interest could affect the liquid cooling sector and direct liquid cooling may go from its current niche status to one of the most influential technologies of the next decade.

“Web-scale operators like Google, Facebook and eBay have rewritten the data center rulebook and legitimized a less conservative approach to the design and operation of facilities.”

This, according to Donoghue, will pave the way for use of direct liquid cooling by other operators.

Iceotope CEO Peter Hopton, one of the vendors of immersive cooling systems mentioned in the report, said the defining difference between liquid cooling and traditional systems is that by being passive they need far less power to manage.

“We use solvents to absorb heat that have thirty times the expansivity of air, and its high viscosity means we can easily pump it out and transfer that heat somewhere else,” Hopton said.

Using fluids to manage heat, by adopting energy transfer dynamics that exist in the materials, is far more cost efficient than trying to build hardware and software to control the entire environment of a data hall, he said.

The biggest effect of liquid cooling may be on the property market, he said.

“When processors are immersed in liquid, you don’t need to worry about keeping the servers in a rarified atmosphere as there’s no chance of smoke or dust getting to them,” Hopton said.

“Without the fans they only make as much noise as a fridge. That means you could put a data center anywhere. So there will be no need for specialized data halls, and no one will ever need to pay a thousand dollar per square foot for a warehouse space. The data centers of the future could go anywhere, into any space.”

This, he said, could end the demand for data halls and send prices tumbling on the commercial property market.