No, it's not a DDoS attack

A Cloudflare Domain Name System outage took out numerous services Friday night, with the company saying it impacted 12 of its data center locations.

The main DNS issue is now resolved, but some sites may still struggle due to knock-on effects.

“This afternoon we saw an outage across some parts of our network,” Cloudflare said after more than half an hour of problems.

“It appears a router on our global backbone announced bad routes and caused some portions of the network to not be available. We believe we have addressed the root cause and are monitoring systems for stability now.”

The company stressed that the issue was not the result of a DDoS attack - a common theory that pops up every time there is a major outage, including with T-Mobile's outage earlier this year.

Websites and services like Tumblr, Discord, Feedly, Politico, Shopify and League of Legends all went down, along with countless others. 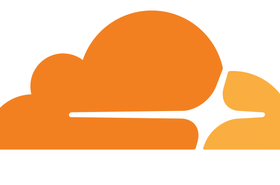 CEO Matthew Prince said that the problem started in an Atlanta data center. "We isolated the Atlanta router and shut down our backbone, routing traffic across transit providers instead. There was some congestion that caused slow performance on some links as the logging caught up. Everything is restored now and we're looking into the root cause."

Prince told DCD after a different outage last year: "We built Cloudflare with a mission of helping build a better Internet and, this morning, we didn't live up to that. I take personal responsibility for that. And so I think that that it's disappointing, and it's painful." That time, the outage had happened just a week after a separate Cloudflare incident brought much of the Internet to a crawl.