Data centre suppliers made to wait

A cloud computing slump put Lenovo's data center business in the doldrums this summer, with sales and profits flagging.

While its PC business boomed, demand from cloud services suppliers - the usual customers for its hardware and software infrastructure - had become saturated. Sales at its Data Center Group dropped 17 per cent. 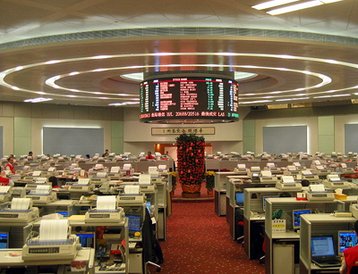 "The broader data center sector is suffering from industry-wide sluggish demand," it said in a financial statement to the Hong Kong Stock Exchange last week.

"The primary challenge is the excessive inventory build-up by sizeable hyperscale users after last year’s aggressive growth. Another key sector challenge is the severe commodity price decline," it said.

"Geopolitical and trade uncertainties" had only a negligible influence on its own business, it said in a separate press statement, though they had been felt industry-wide. Its note to the stock exchange warned that it was about to start feel this turbulence as well.

Still it said, it had not lost as much money in its data center business during this summer's first quarter as it had the last, and it had plans to push those parts of it that had done well. It would become more of a "full-stack data center player", selling software defined infrastructure (SDI), storage, networking and high performance computing. Its storage business had boomed with 80 percent growth. SDI sales had grown in double digits.

But its overall business had grown "in spite of industry-wide geopolitical and trade uncertainties," it said, on the back its booming PC business. Already the largest PC supplier in the world, it pushed its PC market share up to about a quarter of all PCs sold, it told investors. It's profit had gone up overall for eighth consecutive quarter, when you compared it year-on-year. It's net profits doubled to more than $160m. Sales grew 5 per cent to £12.5bn.