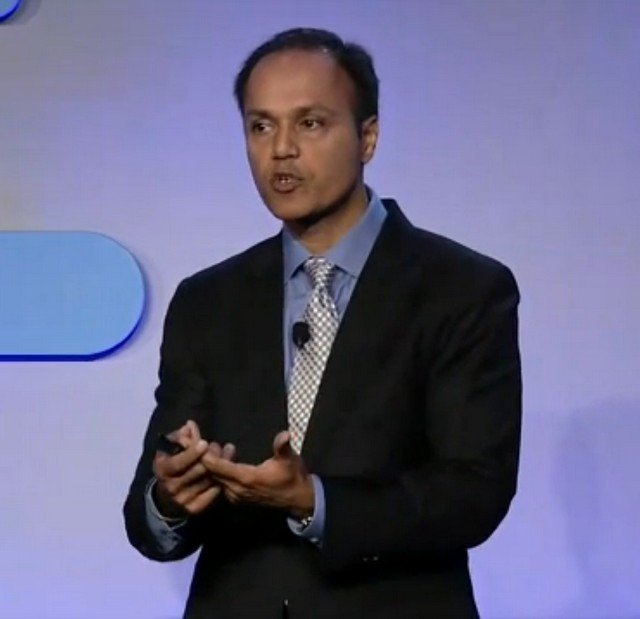 The definition of an x86 server, up until last month, has been one or more CPUs connected to memory that runs a service bus linking to networks and storage. It’s the mutated descendant of an x86-based PC, compressed, bent, and mangled a bit into a new shape that fits the purposes of a service host. The only real reason CPUs are connected to a local service bus with a hard drive of some sort, is because that’s what they’ve always done.

In the cloud era, local hard drives are like the little toes on your feet: It’s hard to really explain what they’re for. Last month Cisco took the first step toward casting off the last vestigial remnant of the x86’s PC heritage. With its new line of Unified Computing System servers, the company introduced a completely new, modular form factor called M-Series that replaces the peripheral bus entirely with a network layer, effectively pooling storage and network resources without the use of virtualization.

Cisco’s goal for M-Series: to reduce the space consumed in datacenters by x86 server hardware by more than half.
“Two-thirds of the real estate in a server is taken up by these peripherals,” explained Paul Perez, Cisco’s VP and General Manager of Computing Systems, in a rollout event in San Francisco. Such peripherals, he added, also accounted for about one-third of the server’s entire cost.

“So you can imagine when I scale to tens of thousands of these servers, I’m adding that redundancy at each level,” he added. “So we started to think, what do we need to do in server design to make these servers way more flexible?”

The predictable model vs. the unpredictable one
Perez painted a picture of the modern-day x86 server environment that frankly, intentionally, sounded ridiculous. He portrayed a cloud environment where racks needed to respond to tens of thousands of users at once. In the enterprise, these users are all requesting much the same applications, so their demand patterns — the profiles of the traffic they generate — are becoming more predictable. From a technical perspective, it’s actually easier now for well-orchestrated workloads on an x86 environment to respond to rapidly, upwardly scaling demand. But those profiles are making it more obvious that these “little toes” are just sticking out there.

On the other hand, Perez continued, “as you look at the cloud-scale applications, it’s a very different environment in terms of scalability itself. You could have hundreds of thousands, millions of users, that are connecting to these applications. And the demand can be very unpredictable. So as part of the scaling itself, the resiliency is built into the application, because the writers of the applications believe there are going to be component failures, hardware is going to fail, and therefore we have to bring it all together at the application level.”

Core enterprise and cloud-scale infrastructures, said Perez, are extraordinarily different, but the x86 server “building blocks” for both classes are exactly the same. And the cloud datacenter is being consumed by heavy hardware that merely consumes space and power, and that tries to scale up when what really needs scaling is the compute capacity.

Everything in its own compartment
Cisco’s new modular server form factor separates the peripherals from the CPU and memory, and connects them with network cable.
“We disaggregated the server completely, for the first time in the history of x86,” said Perez. “Where that led us is, a shared model within the compute complex itself for having all of these peripherals that can now be utilized centrally, in a shared model, across all of the CPU/memory complex.”

The first M-Series servers will be based on Intel Xeon E3 processors, pairs of which will be installed on compute cartridges that share space only with DDR3 modules. Up to 8 such cartridges can be installed in a 2U chassis. Within that chassis is space for up to 8 SSD units — small, fast, just enough to run the system kernel. (Modern servers don’t need huge operating systems.) And the networking capability is in the back of the chassis too, with shared 2x40GbE adapters custom-made for M-Series.

“The state of the industry today is, you take 16 servers and you’ve got consolidation across power supplies, fans, and cables,” explained Perez. “So that’s where the best-in-class exists today, and that’s where all of the complexity has been taken out. What Cisco is doing is taking this to the next level, by taking out the hard drives, the adapters, the storage controllers, all of that, and putting them in this shared model. So you can imagine the kinds of savings we’re going to be delivering with this platform, when this becomes the foundation for new, cloud-scale applications for Cisco.”