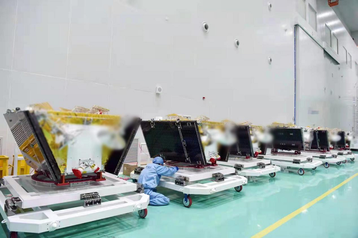 Six satellites were produced by Beijing-based start-up GalaxySpace, along with a commercial remote sensing satellite. Each GalaxySpace satellite weighs around 190 kilograms and has a capacity of more than 40 gigabytes per second (Gbps).

The six GalaxySpace satellites, along with a previously-launched test machine from 2020, will form China's first LEO broadband communication test constellation. The aim is to build a satellite-ground fusion 5G test network, codenamed "Mini-Spider Constellation," capable of providing communication services for more than 30 minutes each time. The constellation is eventually due to reach 144 satellites.

The satellites will verify the networking technology and service capability of the LEO internet constellation. The satellites are also carrying remote-sensing technology, which is also being tested on the six recently-launched machines.

While China’s current commercial satellite industry isn’t as mature as that of the US, the country is looking to catch up quickly. China plans a number of state-owned LEO satellite constellations that would number in the low hundreds. Some private enterprises in the country plan to launch much larger constellations that could number in the thousands. Though as DCD has previously noted, the rampant growth of LEO satellites globally without proper oversight and governance could pose a potential threat to space sustainability. 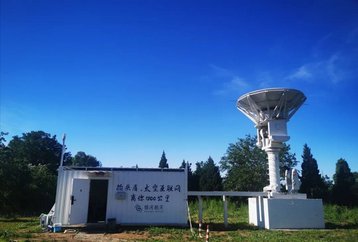 “As far as this new constellation is concerned, this is our Galileo moment, in you like, in terms of connectivity,” said Thierry Breton, E.U. commissioner for the internal market, whose portfolio includes space, at a press conference, comparing the constellation to the E.U.’s Galileo satellite navigation system and Copernicus family of Earth observation satellites.

SpaceNews notes, however, that an “impact assessment” of the system twice received a negative opinion from the commission’s Regulatory Scrutiny Board, which could pose a potential barrier to roll-out. Current plans suggest that limited services from the constellation would begin as early as 2024, but full services would not be available until 2027.