Elegant Jubilee picks up another two percent stake, raising concerns in the UK

The consortium already owned 49 percent of the company, but on December 29 acquired another two percent. This latest move to consolidate power, made at a time when newsdesks are more likely to miss the transaction, has once again raised red flags over Chinese influence on businesses based in the UK.

Professor Anthony Glees, director of the Centre for Security and Intelligence Studies (BUCSIS) at the University of Buckingham, told DCD: “The risks are that the Chinese are given easy access to data belonging to companies in Europe and Asia-Pacific…  Ultimately the issue with the Chinese is that they are working in their national interest, we have to work in ours.

“My own answer would be an appeal to authority i.e. to have a law preventing Chinese from controlling Global Switch. But this government won’t wish to do this because of its interest in inward investment.” 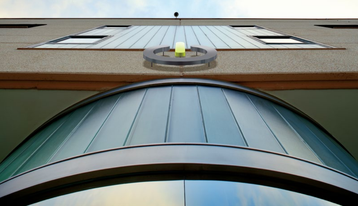 “The Transaction will technically result in a change of control,” Global Switch said in a press release, but added that there would be no change to the board of directors or management. Aldersgate Investments, which sold the stake to Elegant Jubilee, will continue to jointly own the company.

When news of the consortium’s intent to acquire a large stake in the Reuben Brothers’ business broke in September 2016, UK political figures were quick to raise concerns over Chinese investment in national infrastructure.

Former UK foreign secretary and former head of Parliament’s intelligence and security committee, Sir Malcolm Rifkind, told The Times: “The Government needs to be satisfied there are no risks involved. I would assume they will be taking advice as we speak from the intelligence agencies, from GCHQ in particular, and from others with the expertise to know the risk factor.

“If there is a significant national security dimension then anyone selling a British company would normally listen very carefully to the advice they receive from the British Government.”

Former First Sea Lord Admiral and Labour peer Lord West of Spithead added: “I have a nervousness about the Chinese getting more and more involved in large chunks of our digital infrastructure.”

Three months later, the deal went ahead with a £2.4 billion (US$3.25bn) purchase of 49 percent of the business. Global Switch was quick to downplay political concerns, and said that investors would not have access to the data centers, which are spread across the UK, mainland Europe and Asia Pacific.

The company said that it was similar to a real estate business, and that it would continue to comply with the requirements of the UK Centre for the Protection of National Infrastructure, The Financial Times reported.

“There is little evidence that our own government, taken up as it is with Brexit to the exclusion of most other problems, is treating this threat as seriously as it should,” Professor Glees said. “We have already, and foolishly, allowed both Beijing and Chinese companies like Huawei to enter our critical national infrastructure, even supplying our secret agencies and the planned new nuclear power station at Hinkley Point with hardware and software.

“Our government is so obsessed with the need to gain foreign inward investment, it risks throwing national security concerns to the four winds.”

After the initial Elegant Jubilee investment, the Australian government reacted far more aggressively. It launched a Foreign Investment Review Board investigation, with Global Switch promising that its Australian operations would be run by Aldersgate Investments. But concerns remained, so the Australian Department of Defence announced that it would leave the company’s data centers when its contract expires in 2020.

Conservative Member of Parliament Nigel Evans said, in comments published by the Mail Online: “If other countries like Australia have had deep concerns, then why is it we don’t?”

Global Switch spokespeople maintain that it is a property company, that it has no access to customer data stored in its facilities, and that “a security agreement restricted investors’ access to data centers.” Elegant Jubilee denies any links to the Chinese state.